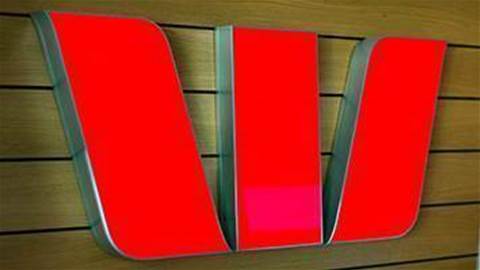 As it showboats zero Severity 1 incidents for H1 2019.

Westpac has put its new online mortgage onboarding and processing hub and whole-of-bank digital transaction overhaul at the front of customer service, productivity and efficiency gains to dig it out expensive governance failures that caused net profit to plunge 22 percent.

First half 2019 cash profit for Australia’s second biggest bank was revealed to have dropped from $4.2 billion to $3.2 billion compared to the previous corresponding period on the back of provisions to give back dudded customers their money.

However better technology is now being trotted out as a solution to what so far have been largely human judgement errors in the way the bank extracted profits from its more than 14 million customers.

The showpiece in CEO Brian Hartzer’s presentation on how Westpac intends to improve was its massive new Customer Service Hub that the bank said was now live and being rolled out to improve mortgage processing while reducing costs.

With a stubbornly sluggish economy, revenue from credit card interchange fees cruelled and ancillary financial advice jettisoned, housing lending has become the new frontline of Australia’s Big Four battling it out to seize back market share from mortgage brokers who have lost their commissions.

Hartzer said that aside from “transforming the mortgage origination process” the new hub “is a critical backbone that helps us modernise and replace our core systems over the next few years.”

Mortgage onboarding and processing has become weaponised over the past year because of regulations that have largely sent borrowers back to major institutions to borrow directly in the wake of the Royal Commission.

The effect of the reforms is that with profits hit badly by compensation provisions, mortgagees who can be attracted and processed the most easily and efficiently are now a crucial cash pipeline.

Last week the head of ANZ’s retail bank, Mark Hand, used that bank's results to mark out the battle lines for mortgage tech after his bank blew-up productivity on its platform by demanding too much from customers.

Years in the making the core function of Westpac’s Customer Service Hub is to facilitate customer access via any channel while allowing both bankers and staff to see product or application status in a single point at any time.

It is regarded as a central plank of Westpac’s wider rebuild that until recently had been led by Dave Curran who has been succeeded as chief information officer by Craig Bright.

Hartzer on Monday talked-up Westpac’s technology execution, pointedly highlighting a slide claiming that the bank suffered no “Severity 1” incidents in either the H1 2019 or H2 2018.

Hartzer also pushed the positive performance of Westpac’s digitization efforts including another 500,000 customers moving to eStatments to bring the total number to 8.9 million or 52 percent.

Westpac’s eConveyancing (exclusive of RAMS) lifted from just under 80,000 transactions in H2 2018 to 90,800 for H1 2019, an area customers have traditionally found laborious and stressful, especially around settlements.

Australia’s first bank also pushed the positive contribution of its user controlled services in making its customer base stickier, including the ability to lock and unlock payment cards (or devices carrying them).

Just over one million online card lock and unlock transactions were performed in H1 2019, up from 908,000 the previous half, a phenomenon that suggests misplaced wallets and internet fraud are still an all too frequent occurrence for many Australians.

Intriguingly, fraud is now being treated by Westpac as a ‘Life Moment’ on par with getting married, having a baby, getting divorced or losing a loved one.

It must be the only life moment the bank has actually more control over than the customer.