Citigroup gets predictive on money laundering 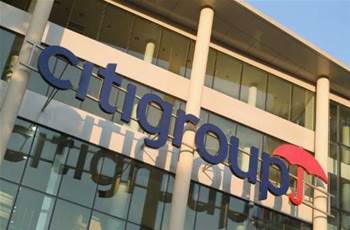 Citigroup is embarking on a three-year predictive analytics project to improve its ability to identify and investigate money laundering activities.

Norton said Citigroup has physical infrastructure in 100 countries and clients in 160 countries worldwide.

"Every swipe of a card, wherever on the planet we have our cash transactions, all comes into collection points at the local level, by product," he said.

"The alert monitoring system looks at hundreds of millions of transactions every month and we have 'scenarios', which are statistical models which crawl across these transactions constantly looking for activity that's outside certain thresholds."

Norton said those alerts were fed into a case management system, and presented as individual cases to investigators.

"They get a case load every month, and they work through it. They see what the alert was, why it was alerted, any past activity, things like that."

Norton said investigators spent far too much time gathering enough evidence to close cases that turned out to be false positives.

Citigroup hopes to use predictive analytics to break that cycle and also speed up its reaction times where genuine cases of money-laundering are identified.

"What we're looking to do is implement predictive analytics, what we're calling contextual data intelligence … so we can react a lot faster," he said.

"The bad guys are always trying new scenarios, trying to probe to see where the thresholds are, and this predictive analytics will help us kind of see forward a bit."

Norton said he would "judge if we're winning ... when we can start to see patterns that the bad guys are changing tactics".

"That means they're getting blocked, and that's a good thing for us," he said.

"The bad guys have essentially two problems. One, they're an ongoing enterprise. They just don't try to move money once — they need to do it on an ongoing basis, which helps us see patterns.

"They also have to move a ton of money. A mid-level cartel moves maybe $600 million to $700 million a year. It's pretty tough to make that look like natural financial transactions."

The company is still finalising its strategy and scoping technology options. SAP and a partner have been engaged in that process, Norton said.