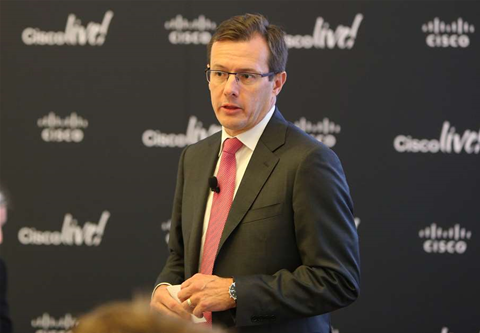 Network technology giant Cisco says the bulk of the radical business transformation it started in 2011 is complete, potentially signalling the end to years of volatility within its workforce.

The company has conducted four major culls to its headcount in the four years since it began its transformation, the latest of which was last August when it shed over 6000 jobs to address flagging growth.

Cisco said it planned to cut a total of 11,000 jobs from its global operation when it announced the transformation in 2011.

However, the company’s head of Australia and New Zealand Ken Boal indicated the transformation’s days of bloodshed could be behind it.

“You never ever say it’s the end of job cuts, but I can tell you right now that Cisco globally is performing extremely well,” Boal said.

“We believe we’ve made the bulk of the very difficult transformational decisions that we needed to make as part of our company’s transformation, but I think it’s fair to say that Cisco, like many large companies, will continue to evolve its workforce to meet market demands.

He said the company was "largely done" in its transformation efforts and the program's impact on the company’s workforce.

Boal declined to give indications of how many jobs the company had cut from its local operations but conceded that they had been affected.

It’s understood that at least 10 per cent of the 1000 or so workers that Cisco employed in Australia in 2011 were let go during the early stages of the transformation.

Boal was speaking at the company’s annual CiscoLive in Melbourne today where Cisco worldwide field operations senior vice president Chuck Robbins announced that the company would invest $15 million in a new Australian innovation centre over the next three years.

“The investments we are announcing are a testament to our bullishness in this part of the world,” Boal said.

In the company’s second quarter to January 2015, Cisco globally reported a quarter-on-quarter increase in profit of 9 percent to grow its net income to US$2.7 billion.

However, Cisco’s growth has been flat in the Asia-Pacific, Japan and China (APJC) region. Over the same period the company's quarter-on-quarter revenue in the region dipped from $US1.8bn in 2014 to US$1.74bn in 2015.