Cisco CEO must convince Street its woes are over 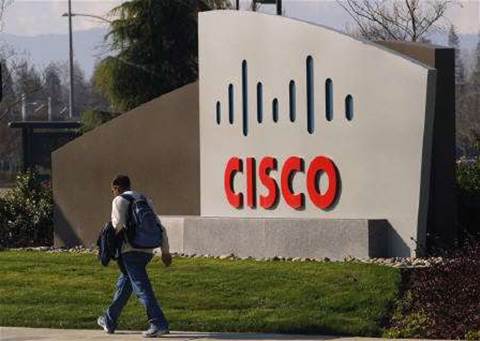 Analysis: Can it capitalise on distracted rivals?

Cisco Systems has won cautious endorsement for its months-long overhaul but now must convince Wall Street its troubles are a thing of the past and it can return to steady growth.

Cisco, a sector bellwether because of its global scale and diverse client base, in September acknowledged an end to an era of scorching growth after scaling back on consumer businesses and laying off thousands in a sweeping four-month overhaul.

Despite early optimism on Wall Street about the pace and effectiveness of CEO John Chambers' restructuring thrust, analysts warn the world's leader in Internet networking has to grapple with crumbling spending by governments and carriers and a margin squeeze from intensifying competition.

Networking giants across the globe are struggling as telecom operators hold back spending in response to mounting economic uncertainty. Juniper Networks Inc forecast disappointing fourth-quarter results, while Alcatel-Lucent scaled back its profitability goal for the year.

Cisco, once the high-growth Silicon Valley darling of Wall Street, in August slashed its longer term sales growth projections to 5 to 7 percent over coming years -- a pace on par with the likes of International Business Machines Corp.

Cisco's shares have shed a fifth of their value since warning of tightening government spending in February, but have gained about $US1 since Chambers in April admitted the company had lost its way, jump-starting an internal revamp that included unloading its Flip camera division.

Some analysts say Cisco's sales outlook-cut gave it more attainable goals, while the asset sales helped it focus on what it does best, setting the stage for improved earnings despite a revenue growth slowdown amid the economic turmoil.

"With expectations reset, Cisco has potential to outperform if the economy stabilizes," Tim Long of BMO Capital Markets said.

Wall Street analysts expect earnings per share of 39 cents on revenue of $US11 billion for the quarter ending October 31, down from 42 cents a year earlier.

For the current quarter, Wall Street anticipates earnings of 42 cents per share, according to Thomson Reuters I/B/E/S.

"As far as orders are concerned, feedback has been generally positive and consequently we expect the company to provide solid guidance for January," Sanjiv Wadhwani, an analyst at Stifel Nicolaus, added.

"With growth likely re-accelerating over the next few quarters and gross margins stabilizing to potentially improving due to mix and better pricing, we continue to rate Cisco 'Buy.'"

In addition, Wells Fargo analyst Jess Lubert said, it seemed that Cisco had become more aggressive in fending off competitive threats from HP and Juniper.

"Our main near-term concern remains the overall spending environment given the uncertain outlook for global carrier capex spending, and lengthening sales cycles across our coverage universe," he said.

But he added: "Beyond benefits from the expense reduction, further efficiencies, a new product cycle, and a renewed focus on the competition should allow growth and earnings to modestly improve over the next few quarters."