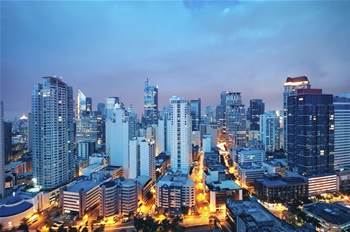 Updated: Engages Accenture in Manila; staff to learn of their fate today.

Coles Group chief information officer Conrad Harvey is set to depart the company after ten years leading its IT team, according to sources close to the retailer's restructure.

Harvey is among a number of senior IT executives at Coles that will be seeking employment elsewhere due to a radical restructure plan put in place by new CEO John Durkan, who took over at the retailer a little over a month ago.

Durkan this morning confirmed 378 full time positions and 60 contractor jobs would be let go, as the company seeks to outsource its IT department to offshore service providers.

"The changes announced in the store support centre today will simplify systems and processes, allowing for a more efficient and productive organisation to support more than 2200 supermarkets, Coles Express and Liquor outlets across Australia," Durkan said in a statement.

There would be redeployment opportunities for 160 positions across the business, Durkan said.

The retailer declined to comment on the departure of specific employees ahead of consultations.

Sniezek was chosen both for his competence in loyalty programs and apps, but further because several of Harvey’s most senior technology staff will also exit the company with him.

Insiders expect that most of the pain in Coles’ 700-strong IT team is expected to be felt in positions where Harvey has made the most progress during his ten years with the company.

Coles has invested over $100 million overhauling its Oracle-based (Retek) supply chain and retail systems, while also modernising its IT architecture by virtualising and migrating several hundred applications to the Amazon Web Services and Microsoft Azure clouds.

The newly overhauled supply chain systems, described by Harvey as his proudest achievement, are now among a group of applications to be managed by an offshore team located in Manila, the Philippines, as part of a deal the supermarket giant signed with Accenture just a few months ago.

Harvey - and many of the staff he attracted to work for him at the Coles Group - are Accenture alumni.