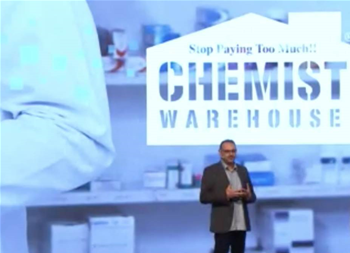 AM Solutions’ - which operates as the pharmacy group’s head office - infrastructure architect Antoine Sammut told VMware’s vForum in Sydney that he’d “always had a dream of a single scalable vision [where] I I can run an application at a store, at one of our warehouses, inside the data centre or in a cloud, seamlessly and the business should not even know about it.”

“From a business point of view, the business people don’t really care where applications run, they just want them to run reliably,” Sammut said.

“This has recently started to come true. With partnerships that VMware have been forging with AWS and IBM, I can now seamlessly move those applications. That’s a tremendous jump for me.”

VMware has struck deals with both IBM and AWS that allow virtual machines to be moved more easily between on-premises and the vendors’ respective public clouds.

Sammut has embarked on internal works to package up applications and associated dependencies - such as security rules - to prepare them to be more easily moved around.

“We’ve started an initiative within our business that defines what applications are, creates a package for them, and then we are putting rules around those applications to know what they’re capable of and what is normal,” he said.

“So when we grab them and move them, we’re not only moving the applications but we’re moving the security rules that are associated with them.”

The company is gradually introducing a greater degree of automation into its infrastructure environment to orchestrate application movements.

Coinciding with vForum, it was revealed that Chemist Warehouse had implemented a software-defined data centre (SDDC) model in its data centre, using VMware's software.

Sammut noted he did not want staff to be physically involved in shifting VMs between infrastructure platforms or locations.

The concept of the self-driving data centre has to become an absolute fundamental,” he said.

“I have very valuable and smart people working with me. I don’t want them spending their time doing vMotions, trying to figure out if a workload needs to live here or there.

“I want my data centre and cloud environment to be able to do that dynamically for me. I want it to decide based on the rules and SLAs I set from my business to move that workload dynamically.”

He did not reveal exactly where Chemist Warehouse is with its embrace of AWS, but noted that with increased cloud usage would come a corresponding dip in the amount of spare capacity at its data centre.

“We’ve had spare capacity in our environment for a very long time,” Sammut said.

“I’m looking to be able to reduce that and leverage the bursty capacity that the cloud vendors can give me.”