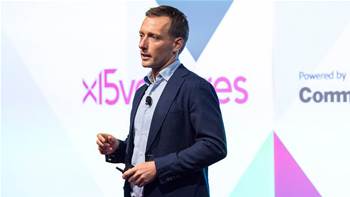 Innovation arm says it is time to prove itself at scale.

With 11 successful ventures to its credit, Commonwealth Bank’s venture arm x15ventures has decided it is time to move from start-up phase to a more mature operation that is “hyper-focused” on delivering direct customer benefits.

Launched in 2020, x15ventures was initially created to build stand-alone businesses which would ultimately feed value back into CBA’s core business.

Speaking to iTnews, managing director Toby Norton-Smith said it is now time for x15ventures to prove the full consumer benefits it can offer.

Norton-Smith said upon first launching “we were focused on proving that the model could work”.

“We initially focused only on building ventures because we wanted to prove the connections to CBA could work,” he said.

“We're now shifting to wanting to prove the benefits of that model, [providing] really tangible benefits for customers and for CBA.”

Norton-Smith said one of the first businesses launched under the x15ventures banner, Home-in, is now proving it can really scale and become commercially successful in its own right, "but also deliver value back to CBA”.

Home-in acts as a "virtual home buying concierge that can simplify the complex process of buying your next home", according to its website.

Integrations have now been built so that “every time a CBA customer is pre-approved for a mortgage, the very next notification they see inside the CommBank app is an introduction to Home-in”.

“We're now in the process of really scaling up the venture and proving benefit to CBA,” he said.

According to Norton-Smith, “about one in seven home seekers from CBA are now taking up Home-in through that introduction”.

“For the customers who do take it up on average, they're converting to a CBA mortgage at over two times the normal conversion rate because we're creating this really sticky experience,” he said.

Norton-Smith added x15’s “greenfield environment” provides the bank “lots of interesting insights” and is “one of the vehicles helping CBA experiment with and test the application of emerging technology”.

“That's the magic that we're looking for. When we build integrations and connections with CBA, not only can we build ventures quickly for CBA but in doing so, when we're pulling through some integrations from CBA, it helps CBA progress its much bigger technology agenda,” he said.

Growing its team and capabilites

The innovation arm has also hired Laura Faulconer as its new portfolio director to “work on the existing portfolio, continue to really drive integration for CBA and ultimately driving really material business outcomes.”

“We've recruited her because we really want to sharpen and bring in new capability…she's got vast venture capital experience and also deep tech experience,” Norton-Smith said.

Faulconer will also “work on the pipeline of new opportunities” as x15ventures looks to “double down on our partnerships with the [venture capital] community”.

“Hiring someone who comes from that community is obviously a pretty useful first step.”

Norton-Smith believes x15ventures has “a really unique set of strategic options” for the right investment partners.

“It's more about continuing to raise the understanding and familiarity in the VC community of our model, and where we may be a really good partner with them on individual opportunities,” he said.

Moving forward, x15ventures will seek out “ecosystem buckets” such as carbon, everyday living, investing and small business opportunities, similar to what CBA presented during its strategy day.

“Those are the obvious zones for us to look for the next innovation and the next opportunity,” Norton-Smith said.

“Not only because they're all big material areas, but also because we know there'll be pull-through from CBA wanting customers to get new innovations in that space.”