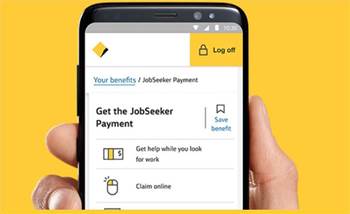 Usage up 500 percent during COVID.

The Commonwealth Bank’s digital 'benefits finder' helped customers access more than $153 million in unclaimed benefits and subsidies over the past financial year.

The country’s largest retail bank today released a breakdown of claims initiated through its app and NetBank using the feature - the use of which has exploded since the start of the pandemic.

Benefits finder automatically assesses a customer’s eligibility for more than 230 benefits and rebates and then automatically guides them through the application process.

Following an evaluation designed in partnership with Harvard University’s STAR Lab, CBA said “conservative estimates” put claims at more than $153 million over the past year.

Additional income through government payments like Centrelink or allowances like Rent Assistance or Education Entry Payment accounted for more than half of this at $84 million.

There were also 286,972 claims for “unclaimed money” across the federal and state levels - the top claim type recorded during the period - and 28,228 attemps to find unclaimed superannuation.

The remaining $69 million came from utility savings such as energy rebates like the NSW Gas Rebate or Family Energy Rebate, as well as other concessions.

Customer use of the benefits finder has exploded by 500 percent in recent months, with more than half of all claims made since the beginning of the coronavirus pandemic.

Of the 700,000 claims that have been started since the feature was first launched on NetBank in December 2018, CBA said 370,000 claims have been made since the pandemic.

The bank has previously revealed a whopping 150,000 claims were pushed through to government agencies using the benefits finder between March 15 and May 6.

More than 2 million customers have visited the benefits finder.

Retail banking service group executive Angus Sullivan said the feature had been “instrumental in supporting the financial wellbeing of our customers, particularly during coronavirus”.

He said the feature, which uses the bank’s customer engagement engine (CEE), was just one of the ways CBA is “creating a simple, personalised, informative relationship with customers”.

“In addition to the support we are providing directly with our own product and service changes, we are determined to help our customers claim as many benefits and rebates as possible to free up money for essential expenses and reduce their financial stress,” he said.