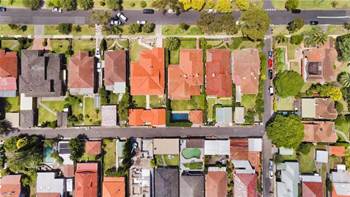 The Commonwealth Bank of Australia has moved quickly to snap up the remains of and abandoned ASX float of digital property exchange monopoly PEXA, saying on Tuesday morning an offer it had on the table has now been accepted by shareholders with a majority stake.

The transaction is still subject to a slew of regulatory approvals.

Estimated to value PEXA at around $1.6 billion, the deal comes after the consortium shelved initial public offering plans amid a market rout and local property downturn that crueled hopes it could fetch as much as $2.2 billion in terms of market capitalization.

CBA said it will sink an additional $50 million into PEXA, an amount that will lift its ownership stake from 13.1 percent to 16 percent. The new investment will take the total amount CBA has ploughed into PEXA to $100 million.

The announcement of shareholders yielding to CBA’s offer had been widely anticipated to occur today after a second stab at a float reported to have been put up by Macquarie Capital didn’t get up, leaving a trade sale as the nearest viable option.

The CBA is a partner in the ASX listed Link Group, which also counts Morgan Stanley Infrastructure  Partners as a member. Other PEXA shareholders include various state land registries that underpin property transactions.

State governments have a vested interest in making PEXA work aside from their financial windfall. The long term development of the platform is a major play by states to digitise property related processes that literally date back to the era of parchment and quill and have been a disproportionately high cost centre several decades.

However state government savings pale in comparison to those of banks who currently get saddled with masses of paper as part of the secured lending process where institutions retain legal possession of the property via title deeds under the mortgage process.

Despite the major uplift in productivity, PEXA suffered a security and customer relations black eye this year after a customer account compromise via an email scam resulted in a Melbourne family losing $250,000 from the sale of their home after funds were stolen while transiting via the PEXA platform.

PEXA has since moved to boost security controls and better educate users.