CBA signs up to Android Pay 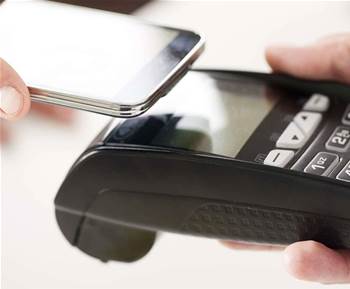 Available by the end of the year.

The Commonwealth Bank has struck a deal with Google to offer Android Pay, allowing customers with Android devices an alternative way to make contactless payments.

The bank also announced it had enabled payments with Garmin smartwatches.

Android Pay will be available to CBA customers “before the end of the year”, while Garmin Pay support will be offered when the smartwatches hit the Australian market in early October.

CBA already offers its own 'tap and pay' service as an app for both Android and iOS.

The Android version takes advantage of the device's in-built NFC chip, while the iOS version requires the user to stick a "paytag" to the device.

CBA - together with other major banks - unsuccessfully tried earlier this year to band together in order to gain access to the NFC chips inside iPhones, among other demands.

Customers have long asked CBA to support handset-native contactless payment options in addition to its own 'tap and pay' service.

ANZ was the first major bank to support Android Pay in July last year, when Google brought the mobile wallet service to Australia.

It was quickly followed by Cuscal, Macquarie Bank, MyState and Teachers Mutual Bank, and then by Westpac.

Its reach now extends to "over 50" banks and credit unions and can be used at about 800,000 locations nationally.

“In June this year we saw weekly transactions across the CommBank app hit $6.1 billion so we know customers love using their phones to make payments and do their banking,” CBA’s general manager of everyday banking and payments Michael Baumann said in a statement.

“By offering customers the ability to pay with Android Pay and with their Garmin smartwatches we are combining choice and convenience.”