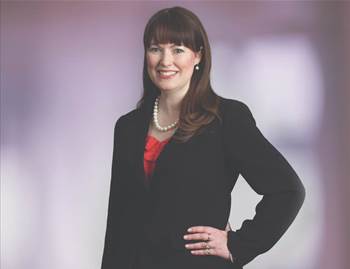 Mulhern, who has been at Telstra for 19 years and seen the best and the worst of leadership teams and stakeholder ministers, will sign on as the CBA’s group executive Group General Counsel and Governance.

The appointment reflects a shift in focus from the CBA’s board and its chief Matt Comyn that governance and oversight of the bank’s culture and associated reporting systems that keep an eye on the vast tech estate need to be as technically and operationally strong as they are legally and financially.

Aside from the obvious post-Royal Commission renewal, the move reflects efforts to put in place safeguards and human acumen to prevent a repetition of the AUSTRAC suspicious transaction reporting disaster that cost the CBA $700 million.

While the technical failings behind the CBA’s intelligent deposit machine (IDM) were relatively straight forward – AML-CTF monitoring on its ATM network failed to ping the financial intelligence agency – the question the bank has been grappling with is where to find the right blend of tech and legal nous.

A major issue for major corporates is while they would dearly love to hire more tech savvy and seriously IT literate lawyers, they have to compete with major law firms and the big four consulting firms that can offer greater variety of case and project work.

Mulhern would have hired and fired plenty of them too in her time at Telstra.

With nearly two decades chalked-up, she would have seen all three tranches of Telstra privatisation, structural separation, the creation of the NBN and the at times comical war between former CEO Sol Trujillo and the government.

While the Commonwealth Bank has lost plenty of bark over the last couple of years, the tempo of conflict and crisis compared to that of Telstra is comparatively civilised, especially given the bank’s technology edge over its peers.

In terms of corporate cultures, Telstra as a relatively recently privatised entity has retained a more progressive and industrialised overall corporate culture compared to commercial and retail banks, which have recently copped a regulatory flogging over their pursuit of profit over the welfare of people.

Comyn again stressed that the CBA was conscious of its obligations to customers as much as shareholders in announcing the appointment.

“Carmel is a respected leader with extensive legal expertise, a proven track record in risk management, a strong focus on doing what is right for customers, and personal and professional values that are aligned with the culture we are building at the Bank,” Comyn said.

“I am delighted Carmel is joining the Executive Leadership Team.”

In lawyering terms, Mulhern’s progressive street cred is certainly up there, with stints at Queensland Legal Aid and time as an Associate of revered High Court Judge Mary Gaudron and has sat as a director of Telstra’s super fund as well as being a director of Justice Connect, a not for profit which provides pro bono legal services in NSW and Victoria.

A key focus that the CBA is known to be pushing internally is to make sure forthcoming tech enhancements, including the ability for consumers to share financial data with government agencies from the banks' systems, is on rock solid legal and ethical ground.

Part of that process is understood to focus on regaining trust by more frequent and telling disclosures, especially around data governance, even if these are unpopular with other banking peers.

There’s also a crack ops and culture rehab team being assembled at CBA, with the institution also elevating Scott Wharton who was sent from pushing through change programs in the CBA’s tech and regulatory divisions to become Comyn’s point man on implementing recommendation from the APRA Prudential Inquiry.

Wharton now gets to wear a newly minted hat as group executive, Program Delivery, which appears to be a kind of delivery augmentation flying squad to make sure reform projects don’t get stuck in silos.

An ex-supply chain wonk from New York’s Citibank, Wharton has risen quickly having arrived at CBA in 2016, just as all the real fun was starting.

Executive rotations completed, the overhaul at CBA now begins in earnest, with Comyn saying the appointments “considerably strengthen the capability and capacity of the Executive Leadership Team to provide the leadership and expertise we need to help CBA become a simpler, better bank for our customers and for all of our stakeholders.”