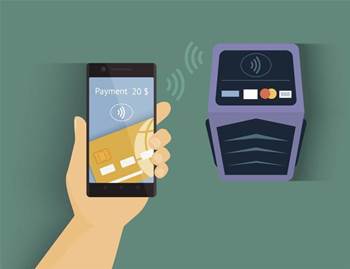 Enables contactless to run over eftpos.

The Commonwealth Bank of Australia has fallen into line with a regulatory push to control the cost of spiralling tap-and-go fee volumes from its giant merchant terminal fleet, revealing it finally will let shopkeepers direct which rails payments they accept will ride on.

The CBA on Monday ushered in the new financial year by confirming it has now switched-on ‘Merchant Choice Routing’ – also dubbed Least Cost Routing – to allow retailers to dictate the direction of payments plumbing to escape higher charges from Mastercard and Visa.

The move follows a crackdown by the Reserve Bank of Australia on how both banks and international card schemes take their clip of electronic payments by dictating how they flow.

While the consumers don’t necessarily feel the initial price pinch on tap transactions, merchants have been red hot to be able to get contactless and other payments to running over the cheaper eftpos network rather than paying higher tolls to the two US giants.

CBA’s fleet of terminals is regarded as a strategically important element in the push to open-up competition in the contactless payments market, not least because of the intitution’s big footprint in small to medium businesses which cop fees the hardest.

The switch to afford merchants a tangible say in how tap payments flow means businesses reliant on the popular Albert and Leo terminals will now see a bigger cut of the card clip from tap payments.

“CBA’s solution adds another level of flexibility and control by enabling businesses to choose different routing options and use a combination for multi-network debit cards,” CBA said.

“The Commonwealth Bank’s solution offers amongst the richest functionality in the market, making it a big win for Australian retailers that has been a long time coming,” said Russel Zimmerman, executive director of the Australian Retailers’ Association.

The addition of Merchant Choice Routing to the CBA follows a prolonged campaign by eftpos to get banks to bolt-on direct access to SAV and CHQ functions to Apple Pay to let consumers access cash via their iPhones.

Despite substantive progress on that front, US card schemes are fighting back hard, not least through Visa’s purchase of virtualisation Rambus last week.