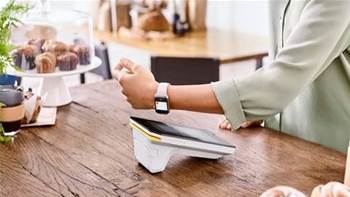 Millions of Commonwealth Bank debit card holders are now able to get cash out with over-the-counter Apple Pay transactions after eftpos was added as a payment option on the Cupertino platform.

The eftpos option, which big four competitors ANZ and Westpac both introduced last year, comes at a time when cash withdrawls are at their lowest level in years thanks to the pandemic.

Until now, CBA customers have been restricted to using credit card scheme rails from US payments giant Mastercard.

In addition to cash withdrawals, the feature – which only becomes visible after a debit card is removed and re-added to the Apple Wallet – also allows customers to avoid Mastercard surcharges.

.@CommBank has launched dual network support for Apple Pay; allowing you to use @eftposAust SAV & CHQ at merchants including cash out https://t.co/Nyr5NyZAlJ #ApplePay @MastercardAU pic.twitter.com/K20XvpbmG7

A spokesperson said the bank “recently made eftpos on Apple Pay available to CBA customers”, iTnews understands it went live on Tuesday.

“The bank is supportive of options which gives customers more payment choice in a way that is safe and secure,” a spokesperson told iTnews.

“We have recently made eftpos on Apple Pay available to CBA customers, with work also underway to make eftpos available on Samsung Pay and Tap & Pay over the coming months.

“The availability of eftpos for mobile payments will allow customers the ability to make purchases as well as access cash out on their mobile device making this a true digital wallet experience.”

The spokesperson also suggested the CBA is “currently working on opportunities to integrate eftpos into our mobile wallets”, suggesting that eftpos card support could be on the way.

CBA was the second big four bank to introduce Apple Pay in January 2019, when it broke ranks from Westpac and NAB who until that time had also held off over the transaction fees charged by Apple.