ANZ first out of the gate with Apple Pay in Australia 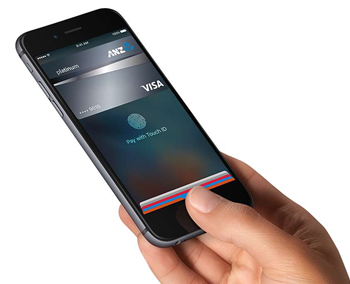 Available to 5 million customers from day one.

ANZ will offer Apple Pay contactless payments to its customers, making it the first bank in Australia to provide the payments platform to customers.

The service will be available to five million customers starting today on Apple's latest iPhones and Watch devices.

Merchants are not charged fees by Apple for Apple Pay transactions, and there is no limit on payment amounts in Australia.

The bank's chief executive Shayne Elliot said ANZ believes Apple Pay will be "a watershed moment in the adoption of mobile payments in Australia", and expects the service to be popular with customers.

In February this year, ANZ introduced its Mobile Pay tap-and-go payment product for Android devices, after a long trial period and delays.

Apple Pay arrived in Australia last November through a partnership with American Express.

Australia's banks have been in negotiations with Apple since the payments service was first announced in 2014, but resisted signing up due the cut of transaction fees Apple charges.

It is understood Apple asks for around $0.15 of the $0.83 interchange fees banks get for every $100 worth of transactions they process on customer Visa or Mastercards, similar to what it gets in the US.

But Australia's banks argued interchange fees in the US are much higher than locally. Many later signed up with rival Android Pay late last year.

ANZ did not detail its arrangement for a cut of interchange fees with Apple.