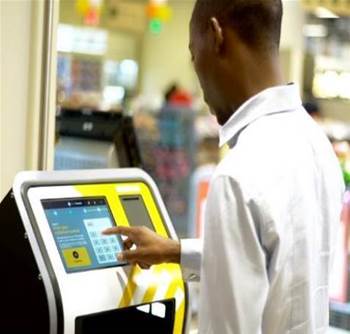 Speeds up the process.

The Commonwealth Bank has taken a $393 million one-off hit in its half-yearly financial results after speeding up the amortisation of some of its older software assets.

Last December the bank revealed it had conducted a review of its digital and direct banking capitalised software assets, and decided to bring forward their amortisation to a post-tax value of $275 million.

The move echoed CBA rivals Westpac and ANZ Bank, as well as insurer IAG, all of which have accelerated the amortisation of older software assets to allow them to be more nimble in their technology endeavours.

Amortisation involves the spreading of payments out over multiple periods. Speeding up amortisation of technology assets gives smaller pieces of software shorter and more useful lifespans.

CBA did not detail for which specific software assets it had accelerated amortisation.

The $393 million write-off had an impact on its operating expenses, which grew 9 percent to $5.6 billion as a result of the move: they would have only increased 1 percent without the software costs.

The $393 million hit means CBA's total software amortisation expenses in the December half reached $613 million, compared to $177 million in the same half of 2015.

The bank claims the kiosks can process new customers in under four minutes by utilising biometric authentication, and at a cost of just $4 per new customer to the bank.

The kiosks launched in May 2016 and are located at South African retailer Pick n Pay. They are about the same size as an automated airline check-in kiosk.

The Android-based, wi-fi connected machines are equipped with document and fingerprint verification capability, as well as a high-resolution camera. Once processed accounts can be used immediately.

CBA did not say whether it intends to bring the machines to Australia.