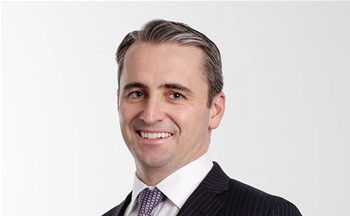 Commonwealth Bank of Australia chief executive Matt Comyn has welcomed a push to create a new open access regime for the New Payments Platform (NPP), but vigorously slapped down a bid to kill interchange fees on electronic payment cards.

Responding specifically to recommendations contained in a Productivity Commission report at Wednesday’s full year results, Comyn talked up the NPP’s role in the economy.

He conspicuously sided with the Productivity Commission’s stand that the platform needs to serve more than incumbent banks.

The CBA’s position is hardly a surprise.

The institution was a key instigator in the hard fought battle to systemically shift electronic payments onto a real time footing.

Having overhauled its own core banking platform to process transactions in real time over recent years, the CBA can arguably exploit a first mover advantage that’s amplified by the NPP as other banks catch-up.

“The NPP is an industry asset that’s been invested in across a number of players and is a clear strategic priority for the Reserve Bank [of Australia] so, were broadly supportive in principle about an open access regime,” Comyn said.

“We recognise it’s a core piece of infrastructure so we would welcome the recommendation that’s in the Productivity Commission [report].”

CBA had previously tried to instigate a real time internet and electronic payments hub through the ill-fated Project MaMBO via low cost payments vehicle BPAY, however the move failed after rival institutions like the NAB got competitive jitters and walked out.

Since then the RBA has intervened to force upgrades to payments processing, primarily through the NPP.

However the CBA’s love of innovation did not extend to the Productivity Commission’s recommendation to kill off interchange fees, which fuel credit card profitability.

It’s also a key driver of why there are hefty card surcharges and ‘No Amex or Diners’ signs on the counters of many small business.

Comyn, as one of Australia’s most prolific card issuers, certainly isn’t keen for the interchange revenue stream of gold to dry up.

“Australia overall has [some] of the lowest interchange fees in the world, Comyn said. “I don’t think there is a single developed payments market that has zero interchange.”

Maybe not, but there’s clearly some fear of this nation’s love of ‘world firsts’. Enter the regulator.

“I think Australia is globally recognised as an innovative and very successful payments system, the Reserve Bank is responsible for regulating the payments industry [and] has put through a number of recent changes to overall reduce interchange,” Comyn said.

“I would expect that at least some period of time would be allowed to ensure those regulations flow through.”

Asked outright if interchange abolition would result in negative financial consequences for the CBA, Comyn didn’t hold back.

“There’s approximately a 50 basis point weighted average index certainly across credit ‑ it’s lower than that for debit - but electronic payments do attract interchange revenue for all financial institutions.”

“Part of that interchange is then used to provide fraud protection for example and continued investment in the payments industry,” Comyn said.

Given that payments fraud is ballooning, especially on online credit card fraud which is nudging $500 million a year in Australia, some might argue it’s not been a great return on investment.

The CBA, Comyn acknowledged, has certainly seen better times. The bank will continue to invest to maintain digital leadership.

“We’ve had a difficult year but we are focused on fixing the issues and while there is still a lot to do, I know we will be a stronger institution as a result,” he said.