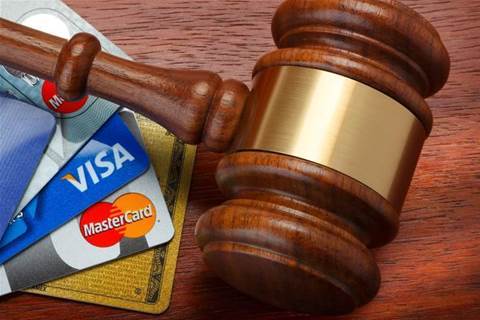 That’s the radical call from the Productivity Commission’s inquiry report into Competition in the Australian Financial System.

Released Friday, the in-your-face tome has left institutions and regulators reeling from the depth of criticism levelled at them.

Describing Australia as having “an oligopolistic banking system” it’s a blueprint for an earthquake rather than a shake-up.

If implemented, the reforms would drastically restructure how payment flows of $1.0 trillion – yes trillion – would be regulated.

It would also redefine the landscape for how tens of billions of dollars a year in financial technology – from smartphone payments to mainframes – would be controlled and structured across the Australian economy.

The reforms would also demolish around 40 years of staid convention and regulatory canon that have underpinned consumer and business transactions since the introduction of electronic payments in the early 1980s.

In their place, an open access regime for critical shared infrastructure like the New Payment Platform (NPP) backed by bans on billions of dollars of lucrative interchange, transaction and merchant service fees would be imposed.

And to cap it all off, the power to dictate who cops the liabilities for online and digital fraud would be removed from institutions and sent to the Australian Securities and Investments Commission.

They’re still only proposals in a report, but what is known is the government wants to demonstrate visible change in a sector that’s causing it to persistently lose paint.

Here’s the whistle-stop tour, with a little interpretation for context.

It only went live this year, but the collective payments hub instigated by the Reserve Bank of Australia is already under heavy fire in the Productivity Commission’s report.

The NPP is a much too cozy arrangement for incumbent banks and payments platforms for reform boffins.

The NPP was intended to both level the payments playing field and spur innovation.

It came after successive failures from the banking industry to self-innovate thanks to collective infighting over projects like MaMBO (Me at My Bank online).

But the Productivity Commission now says that “action on the payment system is needed before incumbent positions become more entrenched.”

It’s a big deal because payments touch everyone and $1 trillion moves between banks each month.

“The NPP is expected to reduce technical barriers for new financial institutions to enter the payments system, and enable existing institutions to provide more efficient services through real time transfers of funds. It provides a rich set of payment data, which could be used by fintechs and incumbents alike to develop new applications,” the report says.

But here’s the rub.

“It is, however, up to the board of the NPPA (which includes representatives of 7 banks) to determine whether or not to accept an applicant,” the report notes.

“In effect, this access model requires new competitors to be accepted by the initial participants, which could reasonably be expected to involve conflicts of interest.”

In other words it’s an exclusive club. It gets worse too.

Describing the NPP as a “significant piece of national infrastructure” the report warns “more transparency and rigour around the process for access is needed to avoid conflicts of interest that would potentially restrict competition.”

It also takes a thinly veiled swipe at the RBA.

While the NPP’s governance custodians consider that having the RBA “on its board will be a sufficient safeguard to stop the eligibility criteria disadvantaging prospective entrants,” the report observes before calling out the need for change.

“The RBA, in turn, is taking a wait-and-see approach to NPP access regulation. But there are risks from a passive approach at the time a new market is created, as it can cement incumbency,” the report warns.

It all adds up to the need for an open access regime for the NPP, according to the Productivity Commission, which recommends:

“The New Payments Platform (NPP) should be subject to an access regime imposed by the Payments System Board (PSB). As part of the regime, the PSB should:

Reading between the lines, some payment systems regulation – especially at the network level – could potentially be transferred from the Reserve Bank of Australia to competition watchdog the Australian Competition and Consumer Commission.

The thinking seems to be if you treat payments as a utility, the ACCC might have more clout. That makes some sense, especially if you buy the argument that the ACCC is more up for a good stink in the public domain than the less vernacular RBA.

But don’t expect the RBA to relinquish its existing powers without contest.

After all, energy markets aren’t exactly a beacon of policy or regulatory success at the moment.

When online payments and commerce first took hold 20 years ago, it was somewhat of a novelty for regulators. And fraudsters.

Electronic payments, however, got their own rulebook in Australia a little earlier under what’s now called the ePayments Code, governed by ASIC.

That’s the one PayPal fought tooth and nail to avoid but now loves like a well-intentioned if older sibling.

The Productivity Commission now wants ePayments regulation broadened to include digital payments, especially for those not using a credit card.

Liability for fraud and stuff-ups is a particular sore point.

“To ensure positive consumer outcomes are maintained as innovative products and services expand in the payment system, subscription to the ePayments Code (which sets out basic rules for who pays for unauthorised transactions and establishes a regime for recovering unauthorised payments) should be made mandatory for any organisation that sends or receives electronic payments, with more clearly defined liability provisions,” the report says.

“ASIC should review the ePayments Code and update it to reflect changes in technology, innovative business models and developments in Open Banking,” the specific recommendation says, adding this should happen by end-2019 and then go to three yearly reviews.

Given the gaping increases in online fraud rates, this recommendation has real legs. It will hit banks… and players that have ambitions to be one.

It’s not what you pay, it’s how you pay

The Productivity Commission’s report does spare a conspicuous thought for the nation’s shopkeepers, especially the kind sporting ‘no Amex or Diners Club’ signs on the counter.

We’ll cover the attack on interchange fees in a moment, but the report recommends enshrining low cost routing.

That’s when the shopkeeper gets to say which set of rails a payment runs on rather than a bank or multinational payment scheme.

Think tap or contactless payments, the ones now moving quickly to phones and public transit, and it’s a whopper.

“Currently, contactless transactions using dual network cards (such as ‘tap and go’ facility at point of sale) are mainly processed through the generally higher-cost Visa or MasterCard networks by default, rather than through eftpos,”report says.

“The Payments System Board should set a regulatory standard that gives merchants the ability to choose the default network to route transactions for dual-network cards,” the report says.

“As the technology is readily available, this reform should be in force by 1 January 2019 at the latest.”

There’s a saying that the only people who really understand interchange fees are those who impose them. And that’s being kind.

If there’s a mechanism in the payments landscape that’s less understood, or more loathed, regulators don’t seem to have found them yet.

Robust lobbying by card schemes, dates back to when interbank payment networks were first spun out by banks as profit making entities in the 1970s.

These enshrined the shibboleth of fees paid by acquirers to issuers (that’s fees paid from a receiving party to a presenting one) as a kind of transubstantiation miracle for plastic money for decades.

Faith, and patience, are now clearly lacking at the Productivity Commission.

At the very top of payments system recommendations in the report sits Recommendation 17.1:

“The Payments System Board should introduce a ban on card payment interchange fees by the end of 2019. Any other fees should be made transparent and published,” report states before painting a regulatory vision Dante could raise a toast to.

“Card payments and bank transfers have grown in Australia and are dominated by Visa, MasterCard and the major banks (which enable over 80 percent of credit card payments),” the report notes.

“Given the potential for three-party card schemes to avoid such regulation and further distort the mix of payment instruments, the ACCC should investigate whether further intervention — such as the direct regulation of merchant service fees — is necessary.”

If you ever wondered how frequent flyer or supermarket rewards schemes really worked, now you know.