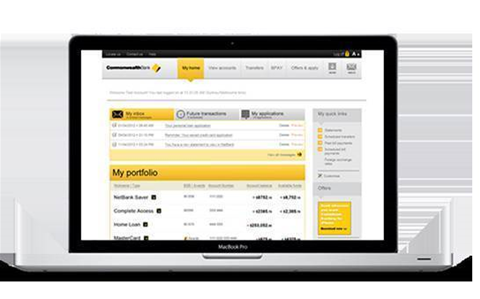 The Commonwealth Bank has become one of the first of the big four to apply to ingest data under the federal government’s consumer data right (CDR) scheme, as it looks to boost its digital offerings in the wake of the pandemic.

The bank revealed plans to become an accredited data recipient under the consumer data right on Thursday in a bid to boost control for its customers, though it gave no timeline for when accreditation might come through.

“We’re in the process of applying for accreditation to be able to ingest data,” CEO Matt Comyn said at a media briefing hosted at the bank’s new tech hub, dubbed the ‘Foundry’, in Sydney‘s Technology Park.

There are currently only a handful of data recipients accredited by the Australian Competition and Consumer Commission (ACCC) under the CDR scheme, the first phase of which went live for banking last July after a series of setbacks.

Comyn said the move to become an accredited data recipient was central to CBA’s ambition to “make sure that we’re serving up the most personalised and relevant and differentiated banking experiences to our customers”.

“We think it’s going to be really important, as data and access is being made more available to customers, to leverage some of the capabilities that are going to available more broadly in the market,” he said.

CBA has progressively been introducing new services into its CommBank app over the last two years, including its digital ‘benefits finder’ which helped customer access more than $153 million in unclaimed benefits and subsidies since it was introduced in September 2018.

Other new services introduced in recent months include the ‘Coronavirus money plan' and ‘bill sense’, both of which are budgeting tools to help CBA customers predict their cash flows and avoid bill shock.

At the briefing on Thursday, Comyn told iTnews that having looked to other markets such as the UK, the initial services that CBA would offer as a result of the CDR data recipient accreditation could be around “aggregation and convenience”.

“I think its the ability to bring together meaningful insights across a range of different data sources to serve up compelling customer experiences,” he said.

“We certainly don’t feel that we’ve got a comprehensive handle on exactly how that might evolve, but it’s an area that we think there’s large opportunities for us and potentially threats.

“The design of the legislation, is to continue to deliver great customer benefits across a range of different sectors over time.”

Everyday banking executive general manager Kate Crous said that as part of the open banking push, CBA had developed a hub within its app called 'For you' to deliver "personalised offers, specific experiences and relevant connected services".

"At its simplest, For you is a personalised content feed for customers, helping them to understand exactly what is unique and what they need in that moment," she said.

"It also helps us showcase and connect external products and services for our customers, so they can start shopping straightaway with Klarna, or we can guide them and introduce them to Home-in - one of X15's ventures - that will guide them through the journey of purchasing a home."

Digitally active CBA customers now number 7.5 million, up from 7.4 million in August, with more than 6.3 million customers now regularly using the CommBank app and about $1 billion in value is transmitted each day.

Tech spend on the up amid pandemic

Ahead of its half yearly results next month, Comyn said CBA’s “bold ambition” for technology would mean that further investment is need to keep up with domestic and international trends.

“We think we come with some very strong capabilities, but there’s a lot happening in the broader context, both domestically and internationally,” he said.

“And we certainly intend to increase our investment in technology and in digital, particularly.”

He said that while tech spending was estimated at $5 billion over five years in 2019, that figure was now closer to $6 billion.

“A couple of years ago we said we expected to spend at least $5 billion over the next five years, and you would have seen even in our full year results from last year that number has been continuing to increase,” Comyn said.

One major area of investment is the customer engagement engine behind CBA's personalised services, which is "running about 400 machine learning models" and "ingesting 157 billion data points in real-time".

"That customer enagagement engine, in terms of throughput, is delivering about 35 million decisions per day, and it's done in ... about less than 300 milliseconds for each of those decisions," Comyn added.