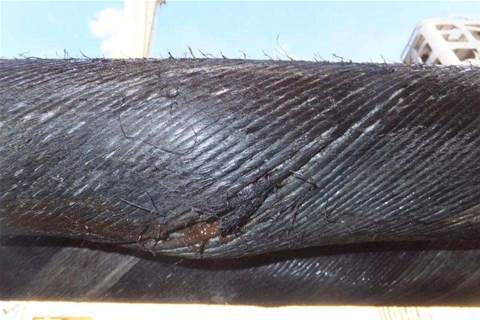 The cause of the high-profile Basslink subsea cable failure in late 2015 has finally been identified, after an initial six-month internal investigation by the cable's operator came up empty-handed.

Basslink had tasked subsea cable experts Cable Consulting International with identifying the cause of the fault, but after six months of investigation it came back with a finding of "cause unknown".

However, today Tasmanian electricity generator Hydro Tasmania said its own investigation - carried out by engineering consultancy firm DNV GL - had found that the cable's owner had operated the cable in a way that exceeded its design limit.

It said issues related to heating and cooling of the cable under operational stress "probably" caused the initial fault.

"The .. analysis indicates that the cable had been operated by [Basslink] in a manner that allowed it to exceed its temperature design limits during a number of periods in its service life," Hydro Tasmania said.

"This overheating and subsequent cooling of the cable has resulted in degradation of the cable. These changes make the cable susceptible to failure when it is operationally stressed, such as during polarity reversals and when the cable cools."

The company said Basslink had incorrectly believed its cable could operate properly at 630MW for extended periods "without overheating the copper and insulation and causing an unreasonable likelihood of failure".

"Unfortunately, they were wrong. The expert reports note that the cable, as designed and constructed, cannot meet the minimum operating requirements."

The DNV GL report has recommended a short-term export limit of 500MW while Basslink works to address the issue longer-term.

"Adopting that level will ensure safe and reliable operation of the cable to support Tasmania’s contribution to Victoria’s energy supply over summer," Hydro Tasmania said.

It said the expert report had suggested Basslink could "safely and reliably" operate above 500MW in future if a new control system is adopted and the cable's “rest period” between polarity reversals is extended from two minutes to five minutes.

Hydro Tasmania said it intended to release the report next year after it had redacted sensitive information.

Basslink said it was reviewing the report, but stuck by the findings of its own commissioned investigation, arguing the cable failure was a "force majeure" event.