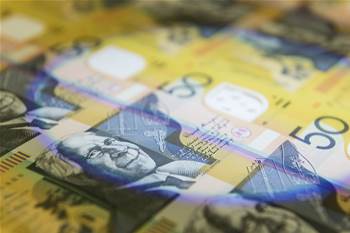 Law enforcement and central banks have never been shy about noting increases in the capabilities and quality of modern printers and scanners to more easily and cheaply forge cash, but Australia’s central bank reckons fake currency distribution has now entered the online realm.

The observation is contained in a short history of the art of financial forgery published in this month’s official RBA Bulletin which says what was once a skilled criminal craft is becoming more accessible, prompting banks to accelerate countermeasures against counterfeiting.

The release of the observations comes as the RBA pushes through a refresh of Australian banknotes that feature a raft of new physical security measure that have been embedded to defeat cloning efforts, with new $50, $20 and $10 notes now being circulated.

“The advance of modern technology is making counterfeit manufacturing more accessible, however, and law enforcement agencies such as Europol have noted a reduction in counterfeiters' need for ‘years of skilled apprenticeship and access to expensive professional printing equipment’ as they have moved from traditional to digital production methods (Europol 2014),” the RBA said in its paper.

“This has shortened the timeframe over which currency issuers must respond.”

It’s no secret central banks have been quietly preparing for quicker production runs of funny money; but it’s understood what’s raised eyebrows at banks and cash-heavy businesses is a shift to online ordering in the distribution models used by forgers to spread their fakes.

The stealthy distribution of counterfeit cash is crucial to making a buck out of fakes because once their source is traced back, it’s only a matter of time before operations are shut down.

Anonymity is also prized because of its insurance value against those busted with forgeries spilling the beans of their sources.

“The rise of the internet and the darknet has also allowed for new counterfeit distribution strategies, with counterfeit manufacturers sometimes selling their wares online,” the RBA observed.

“This allows the manufacturer to remain separate from distribution activities. It also means that multiple active distributors of the same counterfeit type may have no apparent link.”

One case in China from 2016 that the RBA cites involved the online wholesaling of “partially manufactured counterfeit yuan” to the value of around $1 million.

“Those purchasing the counterfeits would finish the manufacturing process and then attempt to pass the counterfeits, although often unsuccessfully, with police making a number of arrests and seizing…over 600kg of paper for future counterfeit production in this particular case (capable of making an estimated CNY100 million).”

While the RBA has a very legitimate interest in ensuring the authenticity of Australian banknotes in circulation, the quickening race to defeat illegal copying is not all bad news given the central bank’s investment in being a global leader in banknote design and production.

While the use of cash might be falling, hardening notes in circulation to keep the forgers at bay is clearly an increasing priority that requires more investment in technology, research and development.

“Acceleration in the rate of technological development, however, seems to have shortened the timeframe over which each new security feature remains counterfeit-resistant and, in response, currency issuers are having to upgrade their banknotes and coins more frequently to ensure that counterfeiting remains low,” the RBA said.

ATM’s to the rescue?

One of the more ironic developments in ensuring banknote integrity has been the deployment of so-called smart ATMs that have note scanners to check the authenticity of banknotes when they are deposited and funds credited to accounts.

Despite their capabilities, the machines earned an ignominious accolade when they became the centre of a $700 million AUSTRAC action against the Commonwealth Bank of Australia when suspicious transaction monitoring software that was supposed to ping authorities failed to fire.

However with cash use falling, banks are increasingly looking to cut down their ATM fleets, with the RBA already tacitly supporting the creation of an ATM utility for all institutions in Australia to plug into rather than using their own fleet.

The counterfeit scanning capability as well as suspicious transaction alerts are two factors that will necessarily come into play in the event a utility is created, though it is not yet clear to what degree a fleet renewal will be necessary.

In March 2019 iTnews revealed the National Australia Bank had purged nearly 2000 ATMs off its books after it unplugged its infrastructure from the once heavily promoted rediATM network that it left in the hands of CUSCAL.