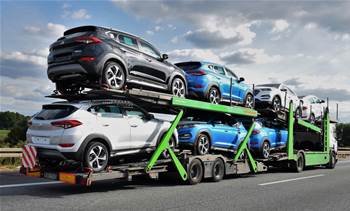 Interstate vehicle transport company Carways has ditched its decades-long communications and hardware agreements with major telcos in favour of a single bundled deal with Macquarie Telecom.

As a company operating with drivers from Queensland down to Victoria and out to South Australia, Carways felt Telstra and Optus’ treatment of a company with only a $20 million annual turnover limited their ability to operate effectively and safely.

When Patrick Kashani joined the company as its IT manager in March last year, he quickly saw that the major telcos weren’t going to give them the tier one treatment.

So he set out to work consolidating and overhauling a tech ecosystem that had been cobbled together over the company’s 50 years of operation.

Carways’ myriad issues, driven by the remote and mobile nature of its work, were exacerbated by having a raft of different vendors who all blamed each other for problems, Kashani told iTnews.

Already familiar with MacTel from a previous role, Kashani invited the telco in to appraise the situation and suggest ways to save money while enhancing the stability of its operations.

“We began with mobile services first because that was the most important thing, in terms of being able to communicate with our drivers. Our drivers drive across Australia, so having coverage and being able to reach them anytime is extremely important.”

The company’s depots are also located in industrial areas in regional hubs, far away from the density of metropolitan mobile cells .

All of Carways’ mobile devices now have 4G sim cards with access to the three main mobile carriers networks through Macquarie, providing better coverage and quality than it previously had with Telstra.

While there are still many stretches of highway that have patchy coverage, Carways’ depots and the rest stops frequented by the drivers benefit from the coverage.

Following the success of the mobile services migration, Kashani and Carways also moved to Macquarie’s LAN and cloud services, recently completing the deployment of new handsets and a new phone extension system through the company.

Uptime for the new services can be monitored and controlled through online dashboards, which has highlighted the disparity in the quality of service.

“One of the things I missed when I first started here was the accessibility of a single portal, where I could measure and have dashboards where I could see where my things are at and the averages and various measurements,” Kashani said.

An interim workaround was noting the number of calls placed with service providers on a weekly basis, which showed at least one facility each week spent time without LAN service.

The increase in uptime, while also reducing Carways’ communications spend by more than 30 percent, has enabled the company to develop new applications to simplify tasks such as receiving jobs, inspecting vehicles and obtaining customer signatures.

Kashani is also looking at other ways to future proof the family-owned business, including ways to better manage driver fatigue.

“Currently, there is no effective application that monitors drivers’ fatigue management as they travel interstate, but we expect this to change soon, and we needed to ensure we had the right network in place to support this kind of application.”