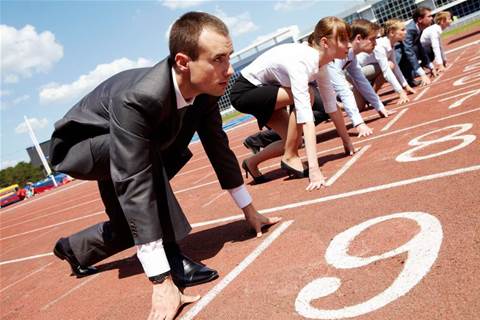 DHS experiments with "try before you buy" approach.

Capgemini and Accenture are locked in negotiations with the Department of Human Services to secure the first lucrative systems integration contract under the government’s $1.5 billion Centrelink payment system replacement.

In an effort to split up the risks inherent in the complex welfare payments infrastructure transformation (WPIT), the DHS will break the program up into five tranches and make its chosen suppliers recompete for each slice of work.

Capgemini and Accenture are battling it out for the first tranche of work.

The pair have been asked to prototype their respective approaches in what Human Services Minister Alan Tudge has described as a “try before you buy scenario”.

“Over the coming few weeks these firms will compete to deliver the next package of work that is due to be released as part of this substantial, once-in-a-generation project," he said in a statement.

“This progressive approach to procurement is very much reflective of the transformative principles underpinning this reform."

iTnews has requested detail from DHS on what it is in scope for the deal.

The unsuccessful bidder will join a panel of “top ranking firms” that will be asked to re-bid for remaining stages in the WPIT program, including systems integration, data migration and other support services.

The awarding of the first stage of work will mark the beginning of one of the most complex IT overhauls attempted by the Commonwealth.

The system that is being replaced was built in 1984 and stores 32.5 million customer records with an average of 32,000 fields each, plus 30 million lines of code and 160TB of data.

An outage to the payments system could cost the Australian economy $1 billion every 48 hours it was offline.

“This project will change the way Australians do business with government - significantly improving the user experience and ensuring the long-term sustainability of the welfare system,” Tudge said.

Work on tranche two is set to begin early next year, in cooperation with selected software vendor SAP

DHS put the second tranche up for grabs in August, warning bidders that ongoing work was only guaranteed if contractors met strict performance expectations.