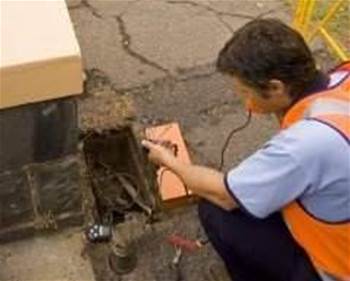 Nearly a week offline for hundreds of users.

Telstra services for hundreds of customers in a Sydney suburb have been out for almost a week after a cable was cut on Saturday.

A 600-pair cable in Cottenham Avenue, Kensington, south of the Sydney CBD, was cut at 3pm on Saturday and downed ADSL and landline services for 347 Telstra users in the area, as first reported by the Sydney Morning Herald.

Telstra crews began repairing the 80 metre length of cable on Wednesday afternoon and are currently working on jointing both ends.

The carrier expects to complete repair works by Friday afternoon.

Telstra declined to confirm whether civil works had been behind the cable cut.

A spokesperson said affected customers could contact the telco to discuss credit options for the period their services had been offline.