CA CEO: IPv6 will be insecure 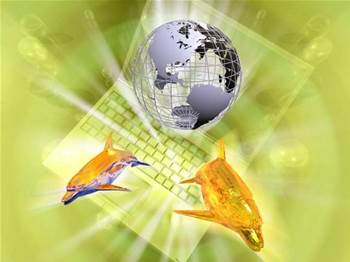 As the opening keynote speaker at the CA Expo 07 held in Sydney last week, Swainson said that while IPv6 fixed known security problems in IPv4, new and unknown management security issues would no doubt emerge.

“I don’t know what they will be but I can predict with a high degree of probability that it will happen,” he said.

"This is not something you can test in the lab, it’s something that emerges through practice.”

Swainson’s comments on IPv6 were part of a broader theme addressing the emerging complexities in IT infrastructure and their more complex insecurities.

“We’re talking about new complexities on top of existing complexities. As networks expand to include remote device types and additional applications [they] produce a wide variety of security threats,” he said.

Agreeing with Swainson's assessment, IDC senior software analyst Patrick Bihammar said one of the key reasons security was such a complex challenge was that it had traditionally been an after thought.

However, unlike Swainson, Bihammar saw both Vista and IPv6 as good examples of developers moving towards a more proactive approach with security.

“It will become a fundamental shift from reactive after thought to proactive ‘built in’ security,” said Bihammar.

Swainson believes that if security continues to lag behind, technological improvements like IPv6 and all future innovations will continue to present unpredictable challenges for management security.