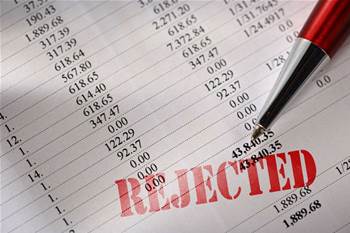 'Not fair or reasonable'.

The board of ASX-listed hosting provider Bulletproof has firmly rejected an $18 million takeover offer by rival Macquarie Telecom, arguing the bid is "opportunistic" and does not reflect the company's strategic value.

Macquarie Telecom announced the offer, which values Bulletproof at $17.9 million, in late November.

It is based on a price per Bulletproof share of $0.11, and represents a near 65 percent premium on Bulletproof's last closing price of $0.067.

Bulletproof went public via a reverse takeover in 2014, but its share price has continued to fall since an early 2016 high of $0.53 to its current price of less than $0.07 - primarily because the company has struggled to attain the same levels of financial stability it had in the 14 years before it went public.

MacTel claims the offer is "compelling" given Bulletproof's share price performance, and would give the company's management - which it says found operating as a publicly-listed company difficult - a way out.

However, MacTel's offer hinges on acceptance from at least 90 percent of shareholders. Anthony Woodward has already granted MacTel the right to buy his 16 percent shareholding.

But the board's rejection of the offer today makes a merger look unlikely to go ahead.

The board also said major shareholders with a combined 19.86 percent shareholding have advised of their intention to vote the deal down.

It said an independent expert Bulletproof appointed to review the offer had found it "not fair and not reasonable".

"The offer is opportunistic and reflects an historical low in the price of Bulletproof shares," it said.

The board wanted to "crystallise the strategic value" of Bulletproof by holding talks with other potential bidders, it said.