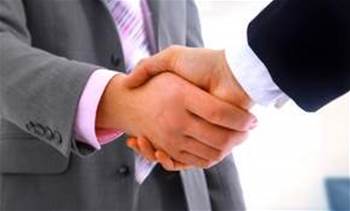 ASX-listed hosting provider Bulletproof has accepted a $24.7 million all-cash offer from IT services provider AC3 to acquire the company.

The pair today announced they had entered into a scheme implementation deed in which AC3 will acquire all of Bulletproof's shares, after the Bulletproof board gave its blessing to the deal.

AC3 swooped in to make its own offer for Bulletproof in late January.

AC3 started life as a state-owned service provider to the NSW government before it was sold to system integrator Klikon Solutions in December 2013.

Bulletproof shareholders will be able to vote on the deal in May.

The hosting provider has struggled to attain the same financial stability it had in the 14 years before it went public in 2014, leading to continual falls in its share price.

At the time it was offered, MacTel's bid represented a near 65 percent premium on Bulletproof's then-closing price of $0.067.

But the Bulletproof board argues the MacTel offer is "opportunistic" and not reflective of the company's true value.

MacTel was last week unsuccessful in its efforts to get the federal Takeovers Panel to force the Bulletproof to change its recommendation on the bid.