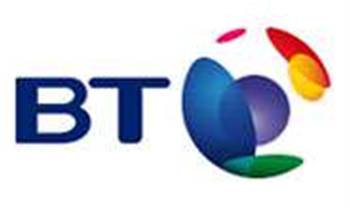 Fibre to the world's finance hub.

BT plans to provide up to two million homes and small businesses across London with fibre broadband that could offer speeds of up to 100Mbps by the spring of 2011.

The company said that it will upgrade 114 exchanges to offer 40Mbps fibre-to-the-cabinet (FTTC) and 100Mbit/s fibre-to-the-premises (FTTP) to reach 87 percent of the capital's population.

BT said two weeks ago that it will invest an additional £1 billion on top of its original £1.5 billion network investment program in an attempt to get two-thirds of the population online with fibre access by 2015.

Ian Livingston, chief executive of BT, said that the investment will help ensure that the capital is one of the best connected cities in the world, and provide fibre and advanced copper broadband services in advance of the Olympics in 2012.

"The new broadband network will be a lasting legacy, enabling those living and working in London to prosper and the capital's economy to thrive well into the future," he said.

BT has already started to upgrade to fibre-based broadband in parts of London, and claims it can already offer super-fast broadband to more than 100,000 homes and businesses.

Rupert Wood, a principal analyst at Analysys Mason, suggested that BT is right to make the investment in London to compete against its chief rival Virgin Media, which has already announced plans to offer 100Mbps services.

"From a consumer or social benefit point of view it would be nice if BT rolled out in other areas, but from a commercial view it makes a lot more sense to concentrate on large markets and defend its position within these," he said.

However, Woods warned that Virgin Media had seen very little interest its 50Mbps service. Just 60,000 customers from a potential 3.7 million have subscribed, and BT could see a similar lack of interest.

"Customers have a set telecoms budget and, for many, mobile internet services on smartphones seem like a better spend than fixed-line services. Businesses may be more willing to spend for fixed-line speeds, but take-up remains low," he said.

Wood also pointed out that BT has not given any percentages for the proportion of FTTH and FTTC rollouts, and that he expects the majority of the exchange upgrades to run only to the cabinet.

The Fibre to the Home Council warned last week that the UK risks being left behind on internet speeds if it does not significantly improve the deployment of FTTH connections.

Got a news tip for our journalists? Share it with us anonymously here.
Copyright ©v3.co.uk
Tags:
broadbandbtfibrelondonnetworkingofferspeeds