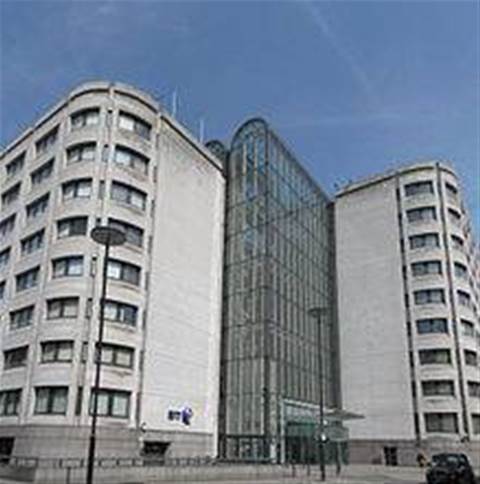 One-fifth of its value wiped out.

BT lost a fifth of its market value yesterday when an Italian accounting scandal compounded a sudden slowdown in its British government work, forcing the telecoms group to cut forecasts for the next two years.

In Milan, prosecutors have opened an investigation into BT's Italian unit over alleged false accounting and embezzlement, two sources with knowledge of the matter said. BT declined to comment.

In an abrupt halt to BT's gradual recovery since the 2008 downturn, the company's shares plunged to a three-and-a-half year low in their worst ever one-day fall.

While an admission of a £530 million ($875 million) black hole in BT's Italian accounts shocked many, a slowdown in public sector contracts could have a longer lasting impact.

The hit to cash generation could restrict the firm's firepower when bidding for the next round of expensive sports rights, at a time when it needs to agree a new payment plan to tackle its huge pension deficit and stick to its pledge to grow the dividend.

"I am deeply disappointed with the inappropriate behavior we found," chief executive Gavin Patterson told analysts, after the Italian writedown ballooned from the £145 million it revealed in October.

"Public sector in the UK is also particularly challenging. Big contracts are completing and we're not seeing them being replaced at this stage."

Chief executive since 2013, Patterson could also lose out himself after the firm said its remuneration committee would consider the wider implications for the group. Patterson received a total of £5.4 million in remuneration for the 2016 financial year, according to the group's annual report.

Richard Marwood, senior fund manager at Royal London Asset Management which owns 0.9 percent of BT's shares, said he was concerned by the magnitude of the Italian writedown, given the modest size of the business.

"Prior to this morning's news, BT investors had been concerned about BT's large pension liabilities and the company's relationship with its regulator, Ofcom. Today's news is an unwelcome addition to those worries. Certainty on any of those issues would be welcomed by investors."

According to a person familiar with the situation, BT staff in Italy colluded with suppliers and third party groups to inflate cash flow over a number of years, before a whistleblower contacted senior executives at BT headquarters in London last summer to alert them to the conduct.

To mask the underlying cash performance of the business, management used third parties to pay suppliers. It employed the same tactic in reverse, accelerating the speed that clients appeared to pay their debts.

Third-party factoring firms are common in Italy, where not all companies pay their debts promptly, but BT said the scale of the use in its Italian division, and the fact BT had used them itself to pay suppliers, had come as a shock.

Britain's accounting watchdog, the Financial Reporting Council, said it could investigate BT's auditors. PWC was the auditor for BT Italia. It declined to comment.

On top of the Italian issues, BT used the unscheduled announcement to warn that it was also seeing a sharp slowdown in demand in its UK public sector division and among international corporations since Britons voted in June to leave the European Union.

For its business and public sector division, it now expects a double-digit year-on-year fall in fourth-quarter earnings, after spending constraints by Prime Minister Theresa May's government squeezed some existing contracts to make them less valuable than forecast, and new contracts failed to materialise.

The sharp downgrade revived memories of the problems that hit the firm in 2008 when its global services division admitted that a string of contracts would not be as profitable as previously stated, damaging what had been the growth engine of the business at the time.

Tuesday's announcement had echoes of an accounting scandal at Britain's biggest retailer Tesco, which crippled the firm, led to managerial changes at the top and took several years to resolve.

Following the twin warnings, BT said it would now not be able to grow revenues for the next two years. Its forecast for 2016/17 core earnings was cut to £7.6 billion from £7.9 billion.

BT said its normalised free cash flow is expected to come in up to £700 million below forecasts at £2.5 billion for this year, and up to £600 million lower than estimated for the following year.

"Our historic concerns over the BT investment case have not been on Italy and public sector," said analysts at Deutsche Bank, pointing to uncertainty over the forced legal separation of its Openreach business, future investment demands, new mobile challengers and BT's pension scheme. Deutsche rates BT a “sell”.

The shock profit warning comes after several years of change at Britain's oldest telecoms firm. It has locked horns with the regulator over the running of its core network, bought mobile operator EE, snapped up expensive sports content, and grappled with a growing pensions deficit.

The group said it had suspended a number of BT Italy's senior management team, who have now left the business, and appointed a new BT Italy CEO who will take charge on Feb. 1.

"Further, we are conducting a broader review of financial processes, systems and controls across the group," it said