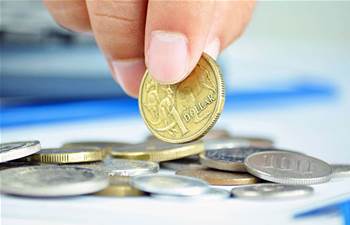 But the tax is now slated to begin on 1 January 2021, instead of 1 July 2020, after the federal government secured last-minute amendments to the bill in the senate on Thursday.

The bills, which were first introduced in mid-2017, were reintroduced last November after the government’s former bills lapsed at the close of the last parliament in April.

Under the RBS charge, residential and business users of "NBN-equivalent" fixed line services will be slugged with a monthly fee of $7.10.

The proceeds would be used as an additional income stream for NBN Co to fund future costs of commercially unviable portions of its network - the satellite and fixed wireless footprints.

NBN users aren't expected to pay the tax because it is said to be built into the price they already pay, meaning very few internet users will actually be liable.

While a cap on the taxable amount was reduced from $10 to $7.10 a month in the 2019 federal budget, even those numbers will now be reviewed after Labor secured amendments.

Labor has been angling for a review of the modelling used to develop the scheme, fearing it has become outdated in the years taken for the legislation to finally pass.

“It was not Labor's preference to deal with this matter through a legislative amendment but, given that the government is not inclined to act, this was the next step that was available,” Labor senator Anne Urquhart said.

“Therefore, Labor will introduce an amendment to require the levy modelling to be updated and a report produced within 150 days.

"The responsibility for this task will be placed in the hands of the ACCC [Australian Competition and Consumer Commission].

“The purpose of the proposed report is to provide updated costings using the same model and methodology that was developed by the Bureau of Communications Research while taking into account changes to inputs and assumptions that have occurred since that amount was first determined.”

Other amendments brought by the government will see the start of the scheme delayed until January 2021, which Defence minister Linda Reynolds said was due to the impact of coronavirus.

“This [delay] recognises the impact of COVID-19 on the telecommunications industry, and it will also provide certainty to carriers and regulators about when their obligations under the scheme commence,” she said.

“The government accepts the amendments proposed by the opposition [for] the Regional Broadband Scheme on the basis that they will provide an opportunity for the ACCC to review the modelling for the scheme prior to its commencement.”

“Funding regional broadband from a broader base including all fixed line carriers is more equitable and efficient, and will remove pressure on NBN Co to increase prices for NBN subscribers.

“In turn, regional Australians can have confidence that their essential broadband services will be available into the future.”