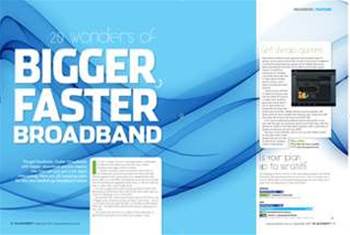 ADSL2+ speeds appear to “downgrade” after a matter of days, leaving customers without the increases they are paying for, according to research firm Epitiro.

Speaking to iTnews, local managing director Michael Cranna described as "alarming" a trend among ADSL2+ providers where speeds initially rise, plateau and then drop away - often within days of a user signing up to the service.

"It's a little alarming because [ADSL2+] provides a decent improvement for only a short period of time," Cranna said.

He blamed line attenuation and provisioning that failed to consider an increase in users.

But Cranna stopped short of recommending users stay on the older ADSL.

"We're not saying it [ADSL2+] doesn't work," he said. "It just requires good provisioning because broadband is a contended service. The more people that use it, the slower it gets."

But the results of Epitiro's latest Australia Internet performance index may cause broadband subscribers to reconsider their access choice.

Among its findings is that ADSL2+ services "do not deliver proportionately faster web browsing speeds than ADSL services".

Epitiro bases that finding on tests done on broadband plans in Sydney, Melbourne and Brisbane.

The tests are conducted using PCs set in a controlled environment that run automated scripts via a subscribed connection.

"We like to keep the line identity confidential in case ISPs [decide they] want to game it," Cranna said.

These are combined with results collected from 3600 software "agents" - small pieces of computer programming code that anyone can randomly download as part of the firm's free performance measurement software, Isposure.

"It sends us back the data and also provides you with a copy as well," Cranna said.

"You can also compare results with other agents located in your area".

The results are crunched into a proprietary weighted index, which determined that Telstra was the best ISP of those measured.

"It is worth recalling that the test targets are all over the world and are explicitly not hosted by the incumbent. To achieve this result, Telstra are legitimately the fastest in this instance."

TPG was second, iiNet third, and Netspace and AAPT rounded out the top five.

Internode and Westnet were sixth and seventh, respectively, while Optus slipped three spots in the performance stakes down to eighth.

AAPT's Bus 20 1.5 Mbps plan provided a particularly odd set of data. Its TCP download speeds exceeded what it promised consumers by 14 percent on average and by up to 80 percent in certain periods.

Cranna was unable to confirm why AAPT had performed so well because he did not want ISPs to know the lines were being used to test their speeds.

"When we subscribed to that package it was sold as a 1.5 Mbps service but I think they've upgraded it since because the performance is better than average, which is unusual," Cranna said.

"There may also be some kind of mis-provisioning issue going on there, which might be a mistake on their part. It's a good service though."

On average, ADSL2+ packages achieved only 53.7 percent of the advertised package speeds.

They also did not perform as well as some more basic ADSL services when it comes to Web browsing.