Broad: Would've been cheaper to buy back Telstra 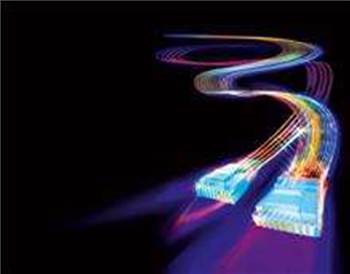 AAPT chief Paul Broad has argued the Government could have structurally separated Telstra for less than the $36 billion cost of the National Broadband Network by buying it back.

Broad told the ABC's Four Corners program that the structural separation of Telstra had "driven much of the [NBN] agenda... right from day one."

"Telstra's market cap is, I think, probably $32-$33 billion," he said in an interview that did not make the final cut of the program but was published by the ABC online.

"They [the Government] could have bought it, structurally separated, sold all the bits back and incrementally rolled out fibre to the areas [of Australia] that demanded it."

Broad said he had "no argument" with the Government spending taxpayer dollars to roll out fibre into broadband blackspots "in the bush".

"It's a very good idea, [and] if that's what we want to spend taxpayer dollars doing, OK," he said.

But Broad took issue with the Government taking areas that the private sector was happy to roll out fibre infrastructure to.

"I happen to think the market's delivering up really good outcomes," Broad said, when quizzed about how far the private sector was willing to go to deploy broadband technology to Australians.

"The market is the cornerstone of change. Technology is driven by clever people coming up with clever ideas, not by governments rolling out big infrastructure programs.

"I think it's fundamentally flawed [that] you can't cherry pick or you can't put infrastructure into areas where you think you might make a dollar."

However, Broad's view was isolated by others, including from NBN Co and Optus.

"It's just simply too expensive for a private company to build this type of nationwide network," NBN Co chief Mike Quigley said.

ACCC commissioner Ed Willett added: "If you're looking at the greater part of Australia, that infrastructure works best as a natural monopoly. If you go outside the CBDs you don't have to go very far and the economics of the natural monopoly characteristics prevail."

An interview with Internode chief Simon Hackett also did not make the cut for the final program, but featured Hackett talking about the cost of the NBN project.

"It is a very expensive network [but] I think for its stated amount of money it's remarkably great value," Hackett said.

"It's cheap compared to the road system and we've all absorbed that cost and decided it was good.

"There is a reasonable argument that it may run over time and over budget, however, and thats not based on anything about this project in particular - it's merely based on the past history of massive government projects.

"They don't tend to run on time and on budget."

The interview offcuts featured in a section of the ABC website entitled 'the Great debate'.