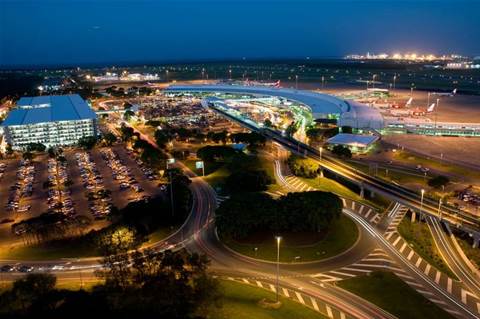 Brisbane Airport Corporation is preparing to roll out virtual desktops to staff as it nears the end of a four-year drive to virtualise its two in-house data centres.

The airport operator has approved a "zero client" solution, under which staff will use thin clients built without a pre-loaded operating system to run services through its network.

The initiative came as the airport reached an 80 percent virtualisation level at its data centres.

Since 2009, the airport operator has consolidated more than 80 physical servers within the facilities, supporting various corporate applications like airport gate scheduling and email.

It consolidated down to a total of 12 IBM xSeries servers running VMware’s ESX 3.5 hypervisor that year.

But when the time came to refresh its data centre assets this year, the organisation decided to move to a “private cloud” environment, built on VMware, Cisco and EMC (VCE) technology.

He likened the organisation’s responsibilities to those of a city council, explaining that it provided a range of power, networking and other services to 27 airlines and 420 businesses, including an airport hotel.

The new private cloud environment had been designed with “five nines [of availability] in mind”, he said.

“Brisbane Airport requires a highly available and resilient data centre infrastructure platform that will scale to support our future expansion,” he said.

The company had to support growing databases and computational demands with a flat operating budget.

Tukavkin pointed to a newly upgraded airport operational database — which managed gate allocations and flight schedules — as a particularly compute-intensive application that benefited from the new environment.

He also highlighted business intelligence systems and a corporate data warehouse as key drivers of change, as well as a half-petabyte of data that was “growing exponentially”.

“There [are] existing applications, but the business is leveraging them more, so they’re growing in size, which equates to more processing being done on the back-end,” he told iTnews.

“There’s more reporting ... we use Cognos technology to transform cubes [from the data warehouse] and that requires more grunt.”

Tukavkin did not disclose the cost of the private cloud rollout, nor the operational costs it would save each year.

However, he expected the VCE stack — which featured five Cisco Blade Servers instead of the 12 IBM servers — to shave 20 percent off its energy consumption and cooling costs.

He said Cisco’s UCS Manager had also increased the productivity of the airport’s IT team by replacing multiple infrastructure management tools with a “single pane of glass”, allowing the 20-person team to better meet business needs.

Tukavkin said Brisbane Airport was now “reviewing the current state of technology and looking at the future state of our environment”.

“We’ve currently got around 30 projects on the go with another 60 in the pipeline. These technology components have really helped ... to improve our agility to the business as well.”

Tukavkin said Brisbane Airport’s private cloud platform had reduced the time it needed to spin up new services to “minutes”, but said business units would not be allowed to self-provision any IT services to avoid VM sprawl.

Some in the IT industry have argued that “cloud computing” should be defined by a set of key characteristics, including the ability for staff to consume services on demand.

“We haven’t thought about going down that path just yet; we want some control. [Self-provisioning] is a bit risky for us, I guess,” he said.

Nor would the airport consider leveraging public cloud offerings in the near future, he said, describing it as a “very [capital expenditure]-based organisation that likes to own their assets”.

“We’re taking the organisation through a journey to the cloud ... but I think we’re a long time away from that at the very present moment, because of the financial model that we currently have,” Tukavkin said.

“We definitely see the benefits [of cloud computing]. We’re building a private cloud to prepare for a hybrid cloud, maybe, to start with, and then leveraging a public cloud service provider in the future.”