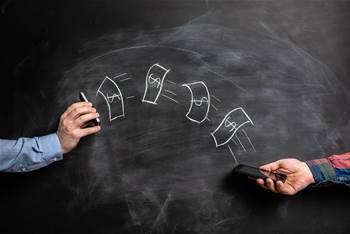 To be released late April.

BPAY Group is set to release a further two APIs to its developer portal which will enable members to send real-time payments, and to add and change biller details.

The two new offerings will launch in late April and will build on the four existing APIs released in 2019 when BPAY Group initially launched its developer portal.

“The next two APIs to be released in April will enable BPAY members to send their payment transactions to us in real time, rather than a traditional batch file, and also to add and update biller details in our database in real time," Donohoe said.

“Our aim is to move BPAY to a fully API-based service, simplifying how organisations interact with us.

“At the same time, we are looking to optimise our offering by adding new functionality, such as the ability for businesses to receive a real time notification of BPAY payment made at their bank.”

Under BPAY’s batch file system, the payers’ financial institution sends payment information to BPAY in two or more files, each of which is then sorted by BPAY and sent to the biller’s bank to pass on to the biller.

The second new API, manage BPAY biller, can be used to onboard new billers and make changes to existing billers to streamline biller management.

The next API drop will be in October this year, under the company’s bi-annual scheme which was implemented in 2019 in response to feedback from members requesting release dates so they can structure their business strategies accordingly.

BPAY is already in the planning phase with its community about what API capabilities are needed for the October release.

These include companies such as Beem It, Zip, Groupee and Netwealth.

“Our investment in APIs was targeted at two key audiences. Firstly, new entrants to the market - for example fintechs and neobanks - who expected to access BPAY services through a modern architecture and methods,” Donohoe said.

“The second audience was existing financial services customers who were seeking modern ways of integrating to support the technology roadmaps for their digital and banking services."

According to Donohoe there is “strong interest” from both groups “with one major bank currently testing our API integration with selected business banking channels.”

As awareness grows of the APIs, businesses are beginning to experiment with the capabilities utilising BPAY in different ways compared to how it has traditionally been deployed by banks.

“For example, we have organisations that enable bill splitting on the back of the APIs, as well as those enabling BPAY payments from buy now pay later (BNPL) platforms, and even the ability to make BPAY payments from a WeChat account," she said.

The current New Payments Platform Australia, eftpos and BPAY merger won’t impact the developer portal or the creation of APIs since each organisation retains its own autotomy despite plans to unite into a single entity.