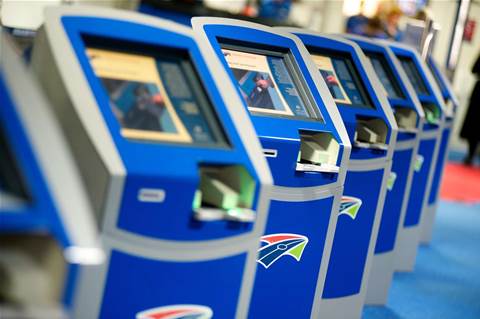 International passengers flying into Brisbane Airport are being greeted with lengthy delays to their processing due to systems issues with Border Force's electronic immigration processing terminals.

The outages involve an undisclosed number of the airport's e-gate passport checking terminals, understood to be supplied by smart-gate vendor Morpho. The machines are run by the country's Border Force agency.

Manual passport checks are still available, but the influx of those landing at the airport have caused lengthy delays, iTnews understands. Some passengers have waited almost two hours to be processed.

The systems issues - whic began at around 7:15 am - come at peak traveller time for the airport.

The e-gate outages are understood to only affect incoming passengers.

Border Force confirmed the issues and the ensuing "significant delays" but declined to provide further detail.

Sixty-one Morpho e-gates are installed at Australia's eight international airports and allow incoming Australian, New Zealand, US, UK and Singapore passport holders to be processed electronically upon arrival in Australia.

The gates use facial recognition technology to match a live photograph of the traveller to the image stored on a chip in their passport. Around 20 percent of arrivals into Australia currently use the e-gates.

Earlier this year the Immigration department said it would extend electronic processing for travellers departing Australia, signing a deal with Morpho rival Vision-Box for 92 facial recognition terminals to be installed in Australia's international airports.