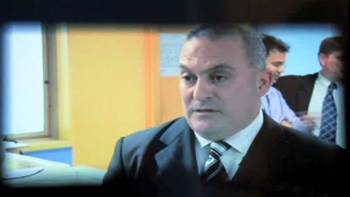 Bootlegged at Telstra Next G event.

During the Telstra Next G technology briefing last week, journalists and media were shown a brief video about Telstra partners testing dual carrier HSPA technology, which uses two standard 3G channels to double the bandwidth available to a handset.

Telstra wasn't willing to provide a copy of the video but as luck would have it, our video camera just happened to be pointing at the monitor - unfortunately, we did miss the first ten seconds.

The video shows Telstra partners including Ericsson and Qualcomm talking about their experiences of dual carrier HSPA technology trials.

Sam Saba, who was this week promoted from his role as Ericsson's Telstra account manager to head up Ericsson's ANZ operations, says: "Once again we are standing here achieving a world first, a global milestone. This is really the envy of the world - how year after year we are able to achieve these fantastic milestones."

Robert Hart, country manager for Qualcomm also features, explaining that since Telstra launched the world's first 21Mbps service, 26 operators around the world have also made the switch.