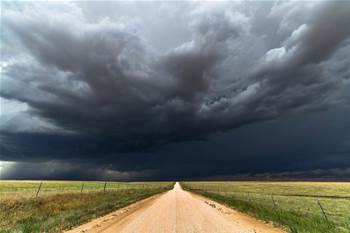 Tracking water in the troposphere.

The Bureau of Meteorology has started using signals from global navigation satellite systems (GNSS) as part of its forecast modelling thanks to the signals’ interaction with moisture in the atmosphere on their journey from space.

A collaboration between the BOM, Geoscience Australia and RMIT University harnessed the growing number of GNSS signals from the likes of GPS satellites, which become slightly delayed by water in the troposphere, the lowest section of the atmosphere.

By precisely measuring the phenomena, known as zenith total delay, the researchers were able to precisely calculate the air’s moisture content and likely rainfall patterns as a result.

Meteorologists have been increasingly looking to GPS signals for insights into the activity in the atmosphere, with RMIT and BOM having collaborated over the last decade on the topic. They’ve also studied how the distortion of GNSS signals can be used to determine temperature at different altitudes.

“The development of a GPS-based system to improve moisture analysis and forecasting over Australia is therefore an exciting step towards improved humidity and rainfall forecasting,” he said.

The researchers estimate the current analysis method can determine the volume of water in the atmosphere accurate to 2mm.

And while the technique could be applied anywhere in the world, the technology is particularly beneficial for sparsely populated regions like Australia that don’t have a robust network of ground-based meteorological observation stations.

“Weather forecasting is dependent on accurate atmospheric observations, but the limited stations we can draw measurements from across our vast continent has always been an issue,” he said.

“With this technology we were able to tap into an Australia-wide network of 256 GPS receiving stations, and that number of stations is set to continue increasing over coming years.”

The study was recently published in the Journal of Southern Hemisphere Earth Systems Science.