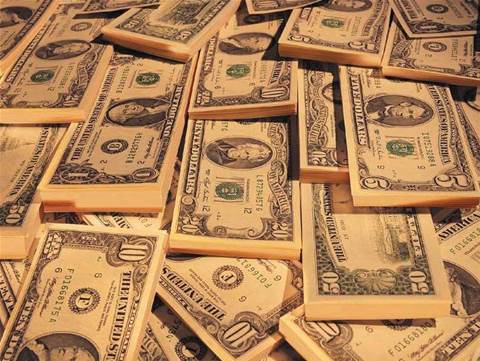 An international team of computer scientists has proposed a next-generation e-commerce system that uses internet bandwidth as a global 'currency'.

Developed by researchers at Harvard's School of Engineering and Applied Sciences, in collaboration with colleagues from The Netherlands, the Peer-to-Peer File Sharing Client is available for free download.

The application is an enhanced version of a program called Tribler, originally created by scientists at the Delft University of Technology and the Vrije Universiteit in Amsterdam to study video file sharing.

The software exploits the power of peer-to-peer technology, which is based on forming networks among individual users.

"Peer-to-peer has received a bad rap, however, because of its frequent association with illegal music or software downloads."

Professor Parkes explained that, unlike traditional centralised approaches, peer-to-peer systems are incredibly robust as they can scale smoothly since the software adjusts to the number and behaviour of individual users.

The researchers were inspired to use a version of the Tribler video-sharing software as a model for an e-commerce system because of this flexibility, speed and reliability.

"Our platform will provide fast downloads by ensuring sufficient uploads," explained Johan Pouwelse, an assistant professor at Delft University of Technology and technical director of Tribler.

"The next generation of peer-to-peer systems will provide an ideal marketplace not just for content, but for bandwidth in general."

The researchers outlined an e-commerce model that connects users to a single global market without any controlling company, network or bank. They see bandwidth as the first true internet 'currency' for such a market.

For example, the more a user uploads now (i.e. earns) and the higher the quality of the contributions, the more they would be able to download later (i.e. spend) and the faster the download speed.

The researchers concede that the greatest challenge to any peer-to-peer backed e-commerce system is implementing proper regulation in a decentralised environment.

To keep an eye on the virtual economy, Parkes and Pouwelse envisage a "web of trust", or a network between friends used to evaluate the trustworthiness of fellow users aimed at preventing content theft, counterfeiting and cyber-attacks.

"This idea is not new, but previous implementations have been costly and are dependent on a company and/or website being the enforcer," said Professor Parkes.

"Addressing the 'trust issue' within open peer-to-peer technology could lead to future online economies that are legal, dynamic and scaleable, and have very low start-up costs, and minimal downtime."
Got a news tip for our journalists? Share it with us anonymously here.
Copyright ©v3.co.uk
Tags:
as bandwidth boffins currency global telco/isp tout
By Robert Jaques
Aug 31 2007
7:16AM