Boffins believe there is life on Mars 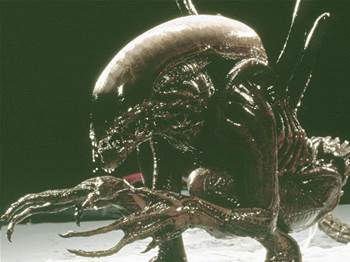 New analysis of data from the Viking Mars probes, which landed on the planet in the 1970s, suggests that life may well exist on the surface.

Dr Joop Houtkooper, of the University of Giessen in Germany, presented his findings last Friday at the European Planetary Science Congress in Potsdam.

He is suggesting that life based around hydrogen peroxide and water could actually be common on Mars.

Dr Houtkooper's theory is based on a re-examination of the data from the Gas Exchange experiment conducted by both probes.

The experiment involved taking a sample of the Martian soil and cleaning it with helium before using a gas chromatograph to measure levels of oxygen and carbon dioxide.

The results were inconclusive but Dr Houtkooper believes that they could be explained if life on the planet is based on organisms that derive not just from water but from hydrogen peroxide as well.

"If we assume these gases were produced during the breakdown of organic material together with hydrogen peroxide solution, we can calculate the masses needed to produce the volume of gas measured. From that, we can estimate the total biomass in the sample of Martian soil."

Based on these calculations Dr Houtkooper estimates that biomass, or living matter, makes up about one part per thousand in the soil, about the same proportion as in Antarctic soil.

Hydrogen peroxide is used in the animal kingdom. The Bombardier beetle, for example, uses a 25 percent solution of hydrogen peroxide to produce a steam explosion for defence.

"There does not appear to be any basic reason why hydrogen peroxide could not be used by living systems," concluded Dr Houtkooper.

"While organisms on Earth have found it advantageous to include salt in their intracellular fluids, hydrogen peroxide may have been more suitable for organisms adapting to the cold, dry environment of Mars."
Got a news tip for our journalists? Share it with us anonymously here.
Copyright ©v3.co.uk
Tags:
believeboffinsislifemarsonstrategythere