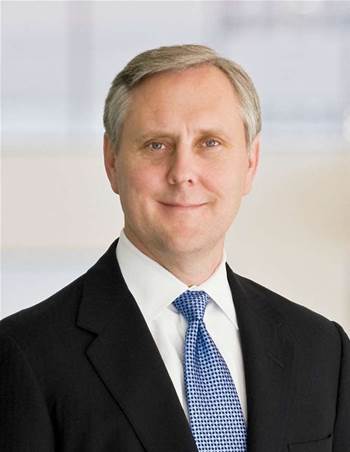 Texas-based enterprise software company BMC Software has become the latest vendor to embrace cloud computing, with the launch of a version of its Service Desk Express software for Salesforce.com's software-as-a-service platform.

Speaking at Salesforce.com's Dreamforce user conference in San Francisco, BMC CEO Robert Beauchamp said that a prototype application was created for the Force.com platform in less than two months, thanks in part to Force.com providing many of the basic underlying services. However, a final version of the software will not be available until the second quarter of 2010.

BMC is the world's largest provider of software for service desks. Beauchamp said that a service desk was an essential component of cloud computing, as it was the service that users called upon to make changes in their cloud environment. Hence it made sense to deliver it through the cloud.

The new product is the result of two years' discussions between Beauchamp and Salesforce.com chief executive Marc Benioff.

"Marc and I met two years ago to discuss the natural alliances that were do-able," Beauchamp said. "Force.com has matured enormously since then, to the point where we absolutely now can trust it as a core platform for delivering a cloud product."

According to Benioff, BMC is the first large independent software developer to create a native application for Force.com, which currently hosts 135,000 applications. BMC will make other products available as cloud services.

BMC has also entered into partnerships with cloud service providers including Amazon and Rackspace, so that users of BMC's software who want to acquire external services infrastructure can do so through their traditional request mechanisms.

Beauchamp said that in this way BMC remained relevant to customers even as they transitioned services out to cloud providers, with the goal to become the industry standard for cloud management.

"We manage heterogeneous complex environments, and this will be a new addition to that," Beauchamp said. "This industry is doomed to complexity, because they keep changing it all the time. And what we are going to do is give the stability of being able to manage things consistently so that you don't need to change every time the buzzwords change."

Beauchamp also said that large companies are broadly embracing cloud services for components of their IT systems, with the most common project type being private clouds.

"Large enterprises are beginning real serious deployments, and the traditional problems of provision and managing an IT service are really the same as they have always been," Beauchamp said. "They are the same problems we had in the 70s in many respects - where the choke points are move, but they are still choke points."

BMC is one of the few technology companies to have fared reasonably well through the global financial crisis, due in part to large companies such as banks turning to it to simplify their IT operations.

"We've continued to grow, and our stock has been one of the best performers for several years now, and we've been able to improve our operating margin," Beauchamp said. "There was a sudden realisation [from customers] that they needed to re-architect their IT environments. Because when things are going well they are spending on new things. And in this crisis they had to significantly lower the overall cost of IT. So it's all about modernising IT processes and automating IT."