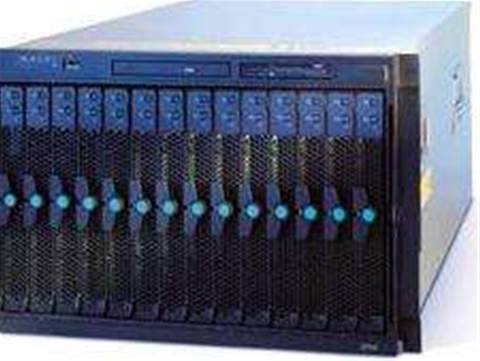 Plenty of demand in the data centre.

While the rest of the server industry has tanked, blade servers have done extremely well, according to Vikram Mehta, president and chief executive of Blade Network Technologies (BNT).

Mehta claims that his company's revenues grew 30 per cent from the year-earlier period.

Late last week Mehta announced a new funding round of approximately US$10 million that puts a valuation of US$230 million on the company, up about five-fold from the time of its last cash infusion in 2006.

While BNT is behind Cisco and some others in unit sales of Ethernet switching devices, its focus on gear sold to corporate data centres has allowed it to build a substantial position in that market.

BNT claims to have shipped six million ports and it maintains that rather than the recession being a problem for it, the downturn has focused companies on the economies of using blade server gear.

Companies can't afford to keep buying and stacking up individual servers and networking devices and wiring them together, particularly with labour rates for some companies now reaching US$40,000 for each rack of equipment, Mehta told the Wall Street Journal.

Blade technology is also riding on the crest of the virtualisation wave, he added.