Blacklist referrals cost up to $685 to classify 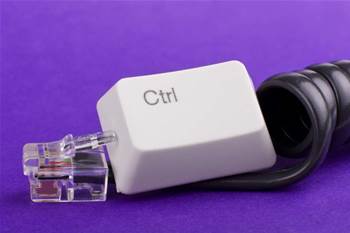 The price of mandatory filtering.

Suspect internet content referred to the Australian Communications and Media Authority (ACMA) cost between $173 and $685 per item to investigate and classify last year.

Figures revealed by the authority to a question from Greens Senator Scott Ludlam showed for the first time what it might cost ACMA to classify an expected deluge of requests if the Federal Government's mandatory filter plan goes ahead.

It was expected the filter would cause a surge of content referrals to ACMA by fringe lobby groups.

The figures showed that between 1 July 2009 and the end of January this year, "total expenditure on classification fees relating to online content investigations was $131,590."

"Most applications for classification related to single web pages. The fee for such an application was $510," the ACMA said.

Investigating an item of online content involved "determining its actual or likely classification, locating and identifying the hosting service provider, recording the outcome of the investigation and notifying the complainant of the outcome."

Some investigations could be looked after just by ACMA. Others were referred to the Classification Board for assessment.

"In 2008-09, the average cost to the ACMA of investigating an item of online content that was not referred to the Classification Board was approximately $173 per item," the authority said.

"For items that were referred to the Classification Board this was $685 per item, which included the cost of the ACMA preparing and administering the referrals."

The ACMA said it received about 1,300 complaints every year "in relation to overseas hosted refused classification content."

The Government also revealed a list of private companies that it said it was consulting with to - in the words of Senator Ludlum - "outsource the surveillance role that the filter will not be able to handle".

At least one of those companies - YouTube owner Google - has publicly said it could not give the Government an assurance it would filter its sites for refused classification content.