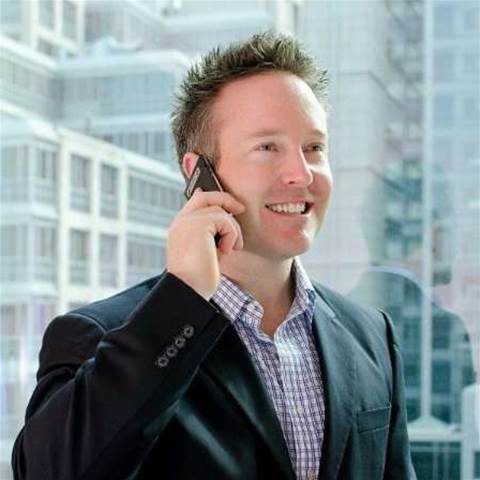 Ball will join the telco at the end of this month. He replaces Reid Meldrum, who left Optus late last year to become the head of Salesforce partner Sqware Peg. Ball will report into head of wholesale, satellite and SMB Rob Parcell.

His appointment forms part of Optus' renewed drive to boost its SMB customer base.

Earlier this month the telco said it would open 126 specialist SMB stores, on top of its existing 26, and a dedicated SMB call centre in Adelaide. 'Premium' SMB support centres and extra business specialists have also been deployed.

The telco is marketing itself as the "small business support network" and has engaged actor Mark Wahlberg to be part of an advertising campaign that "encourages small business operators to believe big".

"Many SMB operators are time-poor and want access to quality service around the clock. Whilst many are happy to visit our stores for a fast transaction off-the-shelf, we know others require a premium level of service to help them grow, and we're committed to delivering that," Parcell said at the time.

Today he said Ball's appointment highlighted Optus' focus on the smaller end of the market.

"With a wealth of SOHO, SMB, consumer, and enterprise experience coupled with retail distribution and marketing expertise, Matthew will lead our team as Optus refocuses our priority on the small and medium business segment," Parcell told staff.

Ball will leave a five-year career as the head of BlackBerry's A/NZ operations.

The executive has experience in the telco sector having worked at Vodafone in its small to medium enterprise business and later as its head of mobile data, as well as prior stints at Hutchison 3G, WorldxChange Communications and RSL COM Communications before they were acquired.