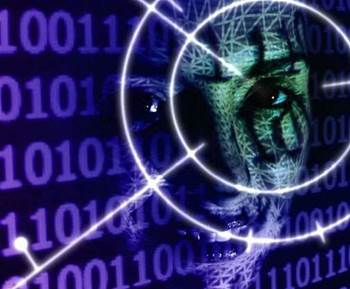 Log into online banking at the blink of an eye.

Australian banks are taking a closer look at biometric authentication as a means of reducing fraud, thanks to an improved business case, increased consumer concerns about personal data and some impressive breakthroughs in technology.

"Nine out of ten customers when offered it are taking up the service," he said.

Cullen said the bank initially experienced some technical problems with the biometric-based technology when attempting to enrol users, but eventually managed to iron these issues out. The bank is now hoping to expand the option to mobile phone banking users, he said.

Cullen said he would also consider deploying the solution to an online payments environment in a bid to help reduce card-not-present fraud.

As banks around the world gradually deploy chip-based cards with PIN authentication, Cullen points out fraud is simply shifting to card-not-present environments.

"For us it's about real-time monitoring of card-not-present transactions...but we certainly could move to voice and outbound (calls) for certain transaction types."

Voice is just one of many biometric identifiers that can be used for the purposes of identification and authentication. In the US, biometric security specialist Global Rainmakers has been targeting banks with its HBOX iris scanning system.

Iris scanning is different to retina scanning, which requires the emission of light and close contact between the scanner and user.

Former Bank of America executive Jeff Carter now sits on the board of Global Rainmakers and says by the first quarter of 2010 the company will have the technology deployed in a mobile phone to allow remote authentication.

"It will go into a phone that has a high enough resolution to complete the registration," he said.

Fraud remains a major driver for banks considering the use of biometric-based authentication.

Customers have high expectations of the way banks manage their data said Cullen. "I think while banks are very protective over data, some other organisations aren't. So having a biometric protecting your identity provides added peace of mind."

"One of the questions we ask is what inconvenience are customers willing to accept for peace of mind, and I think tolerance in today's world is reasonably high, especially in terms of online banking" said Cullen.

In this case however, Cullen said the successful acceptance of voice biometrics has largely been as a result of its ease of use.

"There's probably not a lot of new technologies out there that create a safer experience that are easier to use or create a better customer experience."