"Biggest climate data yet" to be drilled by NCI lab 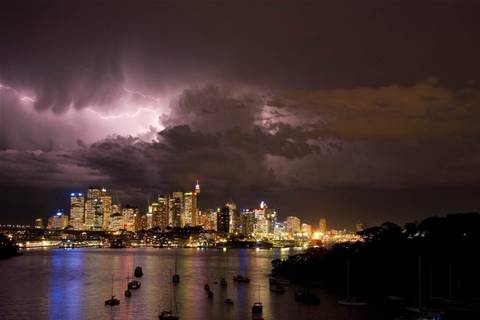 The National Computational Infrastructure (NCI) will spearhead a new project to create new climate datasets used by governments and industry to shape climate policy and global accords such as the Paris Climate Agreement.

NCI associate director Dr Ben Evans said it will be the largest collection of climate data ever produced.

The Climate DEVL will use data from the Coupled Model Intercomparison Project Phase 6 (CMIP6) developed by the World Climate Research Programme as the key component of Australia’s contributions to international climate modelling efforts.

The announcement comes in the lead up to the Intergovernmental Panel on Climate Change, which is due to release its latest Assessment Report, which will help governments and industries to understand if current climate policies are enough to meet current goals.

Evans said the Climate DEVL will involve “augmenting and deepening” NCI’s current data platform to be ready in time for the deluge of CMIP6 data.

“The Climate DEVL makes this data accessible and analysable for Australian researchers.

“As the large scientifically-rich climate model datasets are released from the US, Europe, UK, Asia and Australia, they need to be immediately synchronised and made available for use with our other datasets.”

The NCI will also provide software tools and “techniques” for researchers to analyse the data and integrate it with other projects underway at the NCI.

Insurance group IAG called on the government last year to create a better environment for researchers to collaborate on natural hazard data projects such as predicting the risk of severe cyclones.

Director of the CSIRO’s Climate Science Centre Dr Helen Cleugh added that the Climate DEVL will "provide essential infrastructure, services and expertise to support our research”.

“The Climate DEVL will underpin our mission of building resilience and preparedness in the Australian region by providing transformative climate information.”

The NCI is currently in the process of upgrading it’s Raijin cluster after scoring $70 million in funding from the federal government at the end of last year.

It’s hoped the overhaul will bring Raijin into the list of top 25 supercomputers globally, after falling just outside the top 100 in June.

Funding for the new NCI infrastructure is around $895,000.