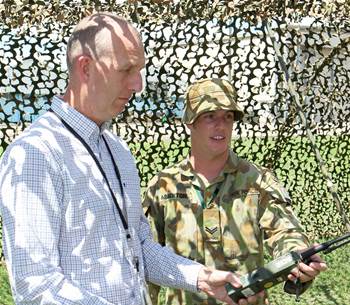 Australia’s IT service providers have four weeks to get on the Department of Defence's books or miss out on the opportunity to win work with one of the country’s biggest tech spenders for up to ten years.

With 134,000 workstations, 3000 applications, 8400 servers, and four owned and operated satellite payloads, Defence spends around $1.3 billion on its tech environment every year - roughly equivalent to the whole state public sector of NSW or Victoria.

In late 2015 it completed its plan to create a “new ICT sourcing ecosystem” for the sprawling organisation, and yesterday ticked off a major milestone in this journey as it opened tenders for its long-awaited ICT provider arrangement.

The ICTPA will replace the $340 million applications managed services partnership agreement (AMSPA), which left the bulk of systems integration work with five major IT suppliers since its establishment in 2011.

Defence has already hinted that it plans to take a more inclusive approach with its new buying scheme.

It hasn’t indicated how many suppliers it wants to add to the new head agreement, but suggested to the market it wants to pave the way for more “niche” and “flexible” suppliers to partner with the organisation.

"The aim of the arrangement is to enable Defence to become a smarter and more sophisticated buyer of ICT services through the implementation of an adaptive sourcing framework that allows Defence to procure affordable, high quality and flexible services that provide value for money," it said.

The ICTPA will be split into three service towers: systems integration, application services, and ICT services as defined by the Skills Framework for the Information Age (SFIA).

The initial deal will last for five years with the option of three and two year extensions after that.

Defence has made it clear it is prepared to throw around the weight of its buying power to get value for money and streamline negotiations under the ICTPA.

It expects all successful bidders to sign up to a common, standard deed of agreement.

“The Commonwealth may exclude from further consideration any tender which exhibits significant non-compliance with the deed,” it warned.

Defence said it doesn’t plan to source labour hire or recruit contractors through this panel and is more likely to continue using other Commonwealth buying arrangements for this procurement category.

It will run a vendor briefing in Canberra on 7 February, with tenders set to close on 28 February.