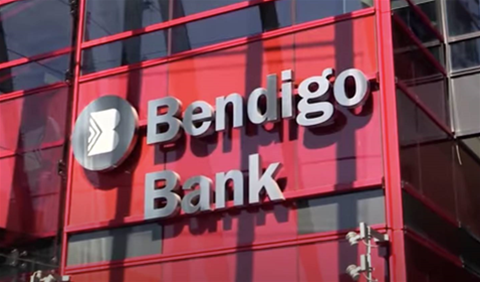 As it vows to migrate 50 percent of apps to the cloud.

Bendigo and Adelaide Bank will consolidate multiple core banking systems and shift 50 percent of its applications to the cloud over the next three years.

Australia's fifth largest bank laid out its digital transformation targets for financial year 2024 during a market briefing on Friday.

Under the plan, the bank intends to reduce the number of core banking systems used by brands like Delphi, Alliance and Rural Bank from eight to one by 2024.

Roughly 95 percent of customers across the group have already been migrated onto a single retail finance core banking system, though a breakdown was not provided.

The bank will also decrease its brand presence to three over the period, with Delphi Bank and Alliance Bank already migrating to other Bendigo products and systems.

After beginning its cloud journey late last year, the plan will also see the bank migrate 50 percent of its applications to Amazon Web Services and Google Cloud by 2024.

On its digitisation approach, the bank expects home loan approval wait times to drop to one day by 2024, compared to 22 days in 2019.

He said this had reduced “the time it takes to classify income and expense information that feeds into the credit assessment process from 77 minutes to seven minutes per application”.

Neobank Up will also use aspects of the tic:toc platform to release a home loan proposition next year.

Bendigo and Adelaide Bank has also developed a "frictionless authentication capability" for smartphone banking that will be rolled out to customers in the first half of 2022.

Brosnahan said the bank has “made a great start to building the future over the last two years by significantly progressing our simplification, modernisation and digital transformation roadmap".

“This has enabled us to both grow in parallel to transforming, to walk and chew gum," he said.

“We have a lot to look forward to as we continue to execute this plan over the next three years which will enable us to bring our vision to life to be Australia’s bank of choice for customers, people, partners, communities, and shareholders.”