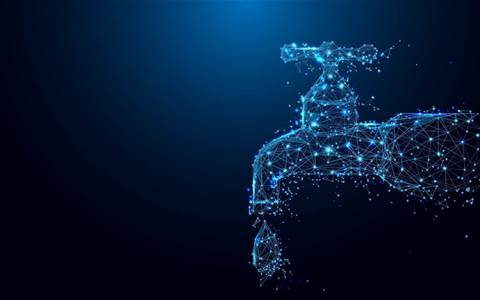 As part of broader automation push.

Melbourne Water has turned to artificial intelligence and machine learning to make sure water gets into the Victorian capitals taps as efficiently as possible while also reducing the likelihood of expensive flooding events.

Moving water from Sugarloaf Reservoir, through the Winneke Water Treatment Plant and through to customers requires Melbourne Water to use six large pumps at, which until recently were completely manually operated.

The cost of running these pumps is one of the biggest ticket items on Melbourne Water’s budget, and varied according to the water level in the reservoir and the flow rate required by the plant.

Work on the Automation and Operations strategy began in mid-2017, when Melbourne Water decided to begin looking at the available data to automate the selection of the pumps used and their speed, rather than leaving it to the plant duty operator of the day.

Early estimates suggested that using artificial intelligence to automate pump operations could result in around 25 percent savings in energy costs.

Work began in late 2017 to start developing an AI solution to supervise control of the pump station using data from Melbourne Water’s resident historian to identify the most efficient combination of pumps and speed to produce the required flow rate at given reservoir levels.

The resulting script runs on an ‘industrial computer’ connected to the controls network and can both read and write data directly into the control system operating at the pump station.

Building on the success of the first AI project, Melbourne Water then turned to automating other parts of its operations.

While clearing blocked grates isn’t an enormous, ever-present expense, the effective management of grates can be the difference between happy customers and wet, flooded customers forwarding on a water damage bill.

Melbourne Water had already tried and discarded several solutions to detect blocked grates based on water flow analysis, meaning staff still had to manually check if around 17,000 grates needed cleaning.

This time partnering with IBM, Melbourne Water developed an AI solution that uses IBM’s cloud platform to analyse still images of grates to check for blockages.

A firm measure of ROI is yet to be established as cameras continue to be rolled out, but the utilities company said customer service has improved as a result of being able to reduce localised flooding incidents.

The financial savings of reduced repair bills directly linked to fewer flood events has also be a positive outcome of the project.