Bankwest shut senior leaders in a vault to agree on agile 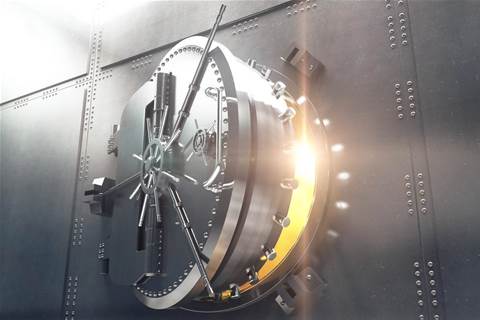 It worked, but crossed some lines.

Bankwest has revealed how it put 20 of its most influential and senior leaders in an old bank vault to get them onboard with agile and stop blocking its progress.

The bank went live with enterprise agile - which it calls ‘Blaze’ - in July this year, impacting ways of working for about two-thirds of its organisation.

But most of the work occurred in the last four months before go-live, with the vault lock-in - which the bank called a “leadership immersion” - becoming the catalyst for the change to occur.

Bankwest revealed the agile transformation project and its intentions to iTnews about a year ago, but ran into problems seeding agile outside of the IT organisation.

“We had a problem eight months into our transformation,” executive manager for enterprise agility Paul Lewis said.

“We had slow pace of change, a lot of anxiety and fear in our people, and increasing numbers of blockers and impediments being put in our way that were really slowing us down and risking the transformation.”

The team behind the transformation identified “middle and upper management” as the key blockers to progress, but - upon reflection - also found issues with its own handling of the program of work.

“We realised we were actually part of the problem,” Lewis said.

“We weren’t walking the talk. We weren’t being open, transparent, or inclusive - particularly with that group, which is a critical group for success.”

Case in point, Lewis recalled the transformation team setting itself up in one of a handful of lockable rooms at Bankwest Place in Perth; most of the floor space is designed for activity-based working.

“In this room there was a glass door with a little glass panel next to it,” Lewis said.

“It seems really really strange at the time, but we put brown paper on the glass to further block people out from seeing what we had up on the walls and what was happening.

“Now there was some sensitive stuff going on - obviously we were making large organisational changes that were impacting people and so we thought it was the right thing to do at the time.

“But you were either inside that room as I was - warm and cozy in the driver’s seat, really excited about this transformation - or you were outside, frozen, anxious and fearful, particularly in upper and middle management because those were the ones that had the most to lose.”

With just four months left until the planned go-live, the agile transformation team set about building bridges with those it had blocked out of its conversations and thinking.

“We needed to increase their information. They didn’t have enough knowledge which was driving a lot of fear,” Lewis said.

“We also needed them to take ownership rather than us at that point in time. They needed to own it. As a small team we couldn’t get the pace to hit the timelines we wanted to achieve.

To do this, the transformation team came up with the idea of a “leadership immersion” - essentially takings its 20 most influential and senior leaders offsite for two days.

“We went to a co-working space that actually used to be a bank, and inside there’s a great meeting space that was the vault,” Lewis said.

“You actually walk in through the vault door, and in there, there’s no windows and no mobile reception. We had a totally captive audience for two days.”

On day one, the transformation team outlined its agenda and opened itself up to questions. At the end of day one, the questions had not stopped coming.

“It was a long day. So we reflected overnight and the small team that was working with us came up with a [different] approach for day two.”

“She effectively said, ‘You’re the senior leaders of this organisation and you are not getting this. What more do you need? You need to step in, you need to own this, you need to move forward’.”

To get them to practice implementation, the leaders were then given a series of scenarios to work through, “just giving them some confidence with what they had learned”, Lewis said.

But with the scenarios still being worked through, an executive general manager from the bank suddenly showed up and asked for the room’s attention.

“He said he had just come from an executive meeting off the back of talking to APRA [the Australian Prudential Regulation Authority] recently.

“[He said] the executive were no longer satisfied with the pace of change and how we were going about it, [and] the executive expected this room - this group of senior leaders and influential people around this transformation - to take ownership, to create a plan that delivered something for them to tell us, by a set date which was in July, only three or four months away at the time.

“He then apologised and said he needed to go back to the executive meeting and he further apologised that he needed me to go with him,” Lewis said.

Lewis put the transformation plan to date in front of the leaders in the room and excused himself.

“When we shut that vault door behind us, it was a strange feeling,” he said.

“Picture yourself being in that vault, being left in that room, and what it would feel like.

“That emotions were high is probably an understatement. I have it on really good authority that inside that room, it went nuts.”

The 20 leaders didn’t know what to make of it - whether or not the executive general manager’s appearance was another exercise or real.

The anger was palpable, and the leaders went at it for a full 45 minutes, albeit with the aid of a facilitator.

It was in fact another exercise - what Lewis calls the “fire drill”. He admits the execution wasn’t perfect, and while it isn’t clear exactly what went on in there, there was clearly some damage done.

“I do have to just put a disclaimer in here. When we reflected and did a retro with the leaders, we didn’t do this with enough psychological safety,” he said.

“We adjusted our approach for further immersions to get the same outcome but with more psychological safety for the leaders.”

“The first one was, imagine the most stubborn person in your organisation, the person that’s been around for 20 years who knows how everything’s done, doesn’t like change very much and has been a bit of a blocker to date,” Lewis said.

“That was the person that stood up and took control of the room in that chaos, and he organised those leaders into two groups to work with the plan that they’d been given to achieve an outcome that they’d been asked to achieve. So that was surprising.”

The second surprise was that, within an hour, the two groups came up with workable plans, combined them and agreed to own the agile transformation and deliver it either on or even slightly before July 2018.

The fire drill became the catalyst for change.

After eight months of relatively slow progress, the organisation was suddenly onboard and the agile transformation was largely delivered in just four months.

“We mobilised five tribes, 11 platforms, 13 chapters, and over two thirds of our organisation around a new way of working,” Lewis said.

“I can’t tell you how transformative that is for Bankwest. It’ll be one of those signposted points in our history.”

The work is by no means finished but the biggest hurdle has been solved.

“As Andy Weir, our CIO, likes to say, we’re now at the end of the start,” Lewis said.

“We’ve just started. It’s been a big program of work to get to where we are now - massive mobilisation - but we’ve only just started.”