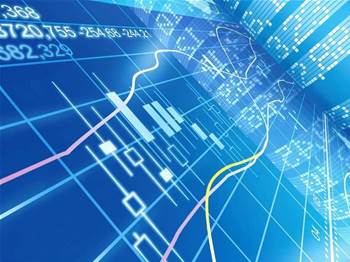 Commbank spends $581 million on IT in six months.

When the Commonwealth Bank announced its plan to acquire Bankwest in October 2008, it expected to spend $330 million on integration to deliver $220 million a year in synergies.

The Commonwealth Bank today reported that integration was completed as of 30 June last year, with no new expenses attributed to the project in the six months to 31 December.

Group chief executive officer Ian Narev said it would decide on a system-by-system basis whether or not to merge more Bankwest systems and processes -- including core banking -- with those of its parent group.

According to the Commonwealth Bank’s half-year profit report, Bankwest’s operating expenses were $430 million – a two percent drop from the six months prior.

Bankwest’s drop in expenses came despite increased expenses from home loans, real estate costs and its $20 million move into a new Fujitsu data centre in Perth.

“These included a new call-centre model that directs customers to specialists in local branches, significantly reducing call time, and investment in IT systems and operating model improvements.”

The subsidiary reported a statutory net profit after tax of $220 million, contributing to the Commonwealth Bank’s seven percent profit growth to $3.624 billion.

Register free for iTnews' Executive Summit in Sydney on Friday February 24 to hear Commonwealth Bank CIO Michael Harte's 'predictions and provocations' on IT in the banking and finance sector.

Commbank accounts for IT spend

Across the group, Commonwealth Bank spent a total of $581 million on IT in the six-month period, up 3.2 percent from the year prior but down 7.8 percent from 30 June.

The bank pinned the increase in IT expenditure on a new telephony platform and increased software amortisation driven by its five-year, $1.1 billion core banking modernisation project.

In total, IT costs accounted for 12.6 percent of the Commonwealth Bank’s operating expenses, which increased 2.6 percent to $4.602 billion since 30 June and 4.4 percent compared to the year prior.

The core banking modernisation project accounted for $188 million of “investment spend” – 29 percent of the $647 million spent on improvements to branches, productivity and growth.

The project “[continued] to make significant progress”, having added a million business accounts to the 10 million retail accounts on the new platform since 30 June.

With its 2011 core banking goals “largely complete”, the bank planned to migrate lending accounts to the new platform this year and leverage its new technology to grow the business.

Narev said the core banking project had been assessed on implementation goals so far, but would be assessed on its benefits to the business from this year on.

The bank also highlighted the adoption of SAP Business Partner as its new “core customer information store” and contactless payment application Kaching, which had been downloaded 100,000 times since its launch late last year.

“The commitment to the core banking modernisation project is as strong under my leadership as it was under Ralph Norris’ leadership,” said Narev, who replaced Norris in December.

"Technology is one of our long-term competitive advantages ... We are going to continue with technology innovation."

While rival banks have announced plans to cut a total of 2000 Australian jobs since 1 January, Narev said CBA had “no plans for major redundancy programs”.

He acknowledged that process improvements – like imaging technology in its mortgage application process – could result in some staff being made redundant.

But that was “business in its normal cycle”, he said, noting that the Commonwealth Bank Group experienced natural attrition of “thousands of people a year” and would consider redeploying redundant staff.

“Our strength enables us to continue to take a long-term view of the business,” he stated. “We have focused on investing in new technology, improving inefficient processes and developing our people.

The Finance Sector Union welcomed Narev’s statement as “proof that our banks can remain strong and profitable without resorting to mass sacking and offshoring”.