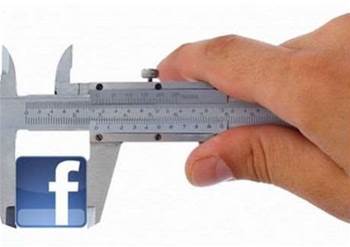 Australian banks could face issues with legacy systems, culture and privacy as they move to join international counterparts in extracting value from consumers’ social networks.

In recent years, financial services institutions in North America and Asia have packaged new products with social media to boost customer loyalty and market their services.

Capital One last year ran a promotion that rewarded customers with high scores on social influence platform Klout, and offered cash rewards to those who convinced their friends to sign up to the promotion.

Movenbank will take the ‘social influence’ concept one step further when it launches in the US this year, introducing a ‘CRED’ platform that combines traditional credit metrics with customers’ ability to promote the bank to their friends.

The bank was unable to provide comment for this article, but has previously told the Australian Financial Review that it was in discussions with two Australian banks to launch in Australia next year.

According to SAP’s Australian head of banking Stuart Pike, however, the Australian banks’ use of social media has a long way to go to move beyond communications and customer support to informing individual products and pricing.

“At the moment, social media is [at] stage zero,” Pike told iTnews. “[Australian banks are] dabbling around in Facebook and Twitter and having a response team managing the brand and customer service issues on Twitter.

“A lot of the Canadian banks like CIBC and some banks in Asia use social media for a whole lifestyle capability to create products and packages."

Pike said the biggest inhibitor was not technology or capability, but privacy. While Australian banks might be able to analyse social data, they might not be able to act on that information, he explained.

“With the banks in Australia, you have to opt in to receive an offer for a credit upgrade. If you don’t opt-in, then they can’t even offer you a credit upgrade on your own account.”

Consultant Sarv Girn, who was formerly a senior IT executive at Westpac and the Commonwealth Bank of Australia (CommBank), agreed.

“The footprint of consumers on social media is very important for banks, but they have yet to figure out how to use this effectively and within the privacy constraints,” Girn told iTnews.

“I think a key inhibiter to traditional banks offering discounts and special pricing for someone’s ‘social media footprint’ is the culture and capability in banks themselves, this requires a big mindset shift from the current channel strategies.”

“This requires pricing per customer – not many banks have such flex in their systems – and a visionary attitude to see how, over time, the social network can drive revenue, brand and customer advocacy.”

Earlier this year, Westpac chief technology officer Jeff Jacobs told iTnews that the bank had discussed the possibility of valuing customers’ social connections with outsourcing partner IBM, but had no immediate plans to do so.

CommBank chief executive officer Ian Narev told investors last month that the future of banking was one where customers “feel the pricing reflects their overall value to the institution and where they notice differences in pricing based on their risk profile more”.

CommBank is understood to be in the process of building a Hadoop platform that could allow it to offer personalised loans and credit card products based on individual customers’ habits.

Similar big data analytics technologies – including products by IBM and US firm Tresata – could allow Australian banks to offer custom-priced products even without social media data.

But “the thing in financial services is that we have most of that data anyway,” he told iTnews.

“Because we’re processing the vast majority of credit card transactions and we’ve got a full imprint of most people’s financial lives, we by default have a fingerprint of their lives and events.”

Lark denied that the arrival of Movenbank in Australia would shake up the local banking scene, asserting that “we already do most of what they do”.

“The vast majority of the market is managing how much and how little money they have.

“They don’t want the ATM to give them a breakdown of their fuel purchases from the prior week and tell them that they’re paying too much or too little,” he said, referring to Movenbank’s aim to use financial data to inform customers of spending habits.

“They’ll want the ATM to tell them that it’s two in the morning, it’s time to go home and rent’s due tomorrow morning.”